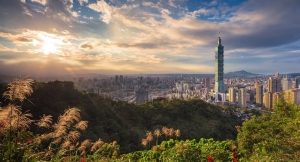 The buy now, pay later (BNPL) craze is sweeping Asia Pacific, growing briskly in markets from Australia to Indonesia. Like many other segments of fintech, BNPL is present in Taiwan, but the situation is a bit different from elsewhere. Major online retailers in Taiwan have offered interest-free installment payments for years, but typically in cooperation with major banks, which are authorized lenders. Dedicated BNPL platforms are another story.

Taiwan’s regulations for third-party payment platforms/electronic payments have historically been complex, to say the least, with limited flexibility. For that reason, over the years, very few foreign payments platforms have built a significant presence in the market. In 2015, frustrated with the regulatory environment, PayPal axed its domestic payments services in Taiwan, although cross-border payments have remained.

As for BNPL, it is a gray area in Taiwan. Current regulations forbid e-payment companies from providing loans, but naturally, no e-payment platform in Taiwan will describe BNPL services as such. Shopee, one of the most popular e-commerce platforms in Taiwan, launched a BNPL service in November 2020 that enables consumers to pay later, or by the 15th day of the following month, without having to pay interest. The amount of payment that can be delayed is capped at NT$30,000.

Shopee’s move caught the attention of Taiwan’s risk-averse lawmakers and legislators. “I am worried that this service would encourage young consumers to buy things they cannot afford. What is more concerning is that if the service has no solid credit risk management, it might cause another bad debt crisis,” legislator Michele Lin said during a meeting of the Taiwan legislature’s Finance Committee in late 2020.

Lin was referring to Taiwan’s credit card crisis of the mid-2000s. At the time, credit cards were perhaps a bit too easy to obtain. According to local media, Taiwan had about 250,000 borrowers at the time in dire straits. 100,000 to 150,000 were carrying over NT$1.5 million (about US$54,000) in debt and typically had 10 to 15 cards compared to the then average of 5.2 cards per bankable adult. The debt burden was heavy given that the average yearly salary in Taiwan is just US$22,400. Overwhelmed by their debt, a small number of these borrowers took their lives. It was covered extensively in Taiwan’s media and depicted the financial services sector in an unflattering light. Since then, Taiwan’s banks have become more selective about issuing credit cards.

Given that experience, the arrival of BNPL, which is in many ways geared towards young consumers and already has a reputation for getting unsuspecting borrowers mired in unwanted debt, is setting off warning bells in the minds of regulators and politicians who have not forgotten what happened the last time consumer credit was granted with little supervision.

To be sure, large e-payment providers can continue working with banks to offer installment payments. But Taiwan’s conservative regulatory environment is unlikely to offer a hospitable environment for large BNPL platforms to operate independently. It would be a surprise if Afterpay expanded to Taiwan, even though it may set up shop elsewhere in the region.

One exception is Singapore-based Atome, which is operating in Taiwan (it has a dedicated Taiwan website and app), although it does not appear to have an office on the island. It is unclear if Atome operating in this manner has any regulatory issues.

More in this category: « Thailand’s fintech sector begins to come into its own What will be the impact of Australia’s BNPL regulation? »
back to top