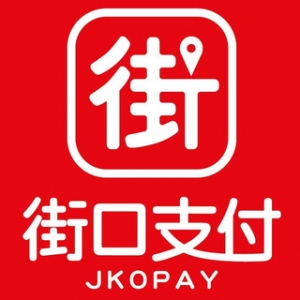 In Taiwan, Japanese messaging app Line has led the ascendant mobile payments market on the back of its strong brand cachet. Among Taiwan's population of 23 million, there are 20 million Line users. More than 6 million Taiwanese have its payment app Line Pay on their handsets. Line is probably the only app with a shot at becoming the WeChat of Taiwan.

But Line's competitors are not standing still, especially homegrown JKoPay. The local mobile payment app had a 10% share of the market in early 2018, compared to Line Pay's 25%, according to data compiled by the semi-governmental Market Research & Consulting Institute (MIC). By early 2019, JKoPay had surged to almost 20%, at parity with Apple Pay and just behind Line Pay's 22%. Analysts say that JKoPay may surpass Apple Pay and Line Pay to become Taiwan's preeminent mobile payments app.

In 2018, JKoPay led Taiwan's digital wallets in consumer spending, with a total of NT$588.28 million, followed by AllPay with NT$66.85 million and Line Pay’s NT$52.58 million, according to data compiled by Taiwan's Financial Supervisory Commission.

While Line has focused on Taiwan's major retailers, from department stores to the island's ubiquitous convenience stores, JKoPay has targeted small independent retailers. Much like Boost in Malaysia, JKoPay has inked partnerships with street vendors and small mom and pop shops that have been historically averse to cashless payments.

JKoPay has enticed them to go cashless with a slew of incentives. For instance, it helps them bring in more business by offering their customers discounts if they pay with JKoPay. And it helps the shops with online promotion and the sharing of location notification – tasks that small retailers and eateries can't usually do independently.To woo consumers, JKoPay has resorted to generous subsidies. For instance, in Feb. 2018, it announced it would waive all fees for transferring funds between Jko Pay users, as well as transferring funds from users’ bank accounts and their JKoPay-stored deposit for at least two years.

At the same time, JKoPay has focused on Taiwan's younger consumers, an underserved demographic in the nascent mobile payments segment. These users don't necessarily have the credit cards that are needed for Line Pay and Apple Pay.

Looking ahead, mobile payments may just represent the first stage of JKoPay's digital baking ambitions. In February, JKos Network, the parent company of JKoPay, took an 80% stake with two other investors in Taiwan's Paradigm Asset Management Company for roughly NT$370 million. The other two investors were an investment company based in Kaohsiung and a man surnamed Lee, according to local Taiwan media.

A spokesperson for JKos Network refuted that idea, telling The Taipei Times, "It would not be correct if you say we aim to be another Yu’eBao.”