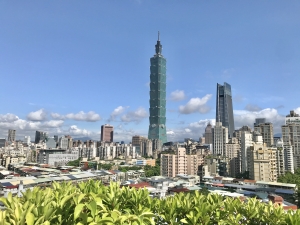 Mobile payments have reached an inflection point in Taiwan, by one estimate surpassing credit cards in popularity for the first time. In a population of about 23 million, nearly 10 million are mobile payments users, according to new data compiled by Taiwan's government. A recent survey of consumer attitudes towards electronic payments by the semi-governmental Market Intelligence & Consulting Institute (MIC) found that 35% of respondents preferred mobile payments, compared to 33% for credit cards. Line Pay was the top digital wallet, followed by homegrown Jkopay and Apple Pay.

Given the ubiquity of smartphones and internet connectivity in Taiwan, it is no surprise that mobile payments are surging. In fact, while Line Pay, Jkopay and Apple together hold about 60% of the market, there are dozens of other wallets, from Samsung Pay and Android Pay to state-backed Taiwan Pay and Chunghwa Post. Local e-commerce giant PChome has its own wallet too. There are a total of 28 e-wallets in Taiwan, according to the Financial Supervisory Commission (FSC).

Taiwan's government has set a target of 90% mobile payments penetration by 2025. As of the end of 2019, the penetration rate had reached 62%. If usage keeps growing at 10% a year as it did in 2018, hitting the target should be no problem. Of late, it has been growing much faster than that. For instance, in July, mobile payments transactions rose 40% year-on-year to NT$5.3 billion (US$175.7 million). To keep mobile payments adoption brisk, the government plans to continue providing subsidies to both merchants and consumers.

Consolidation would improve market efficiency, but don't count on it. Financial institutions in Taiwan are usually content with modest market share. There are 37 banks, for instance. The FSC has urged consolidation in the sector for years, but it remains rare.

Another challenge for e-wallets is receving regulatory approval to move into higher-margin businesses. Despite its ambition to build a digital financial services ecosystem in Taiwan, Jkopay cannot even persuade the FSC to let it operate an investment service, Tuofu Bao. The FSC suspended the service in July after just two days of operation, alleging that Jko misled investors.

The FSC remains circumspect about loss-making fintech startups. In contrast, the regulator last year approved three virtual bank licenses for consortia led by Line Financial, Chunghwa Telecom and Rakuten. While none of those firms are banking incumbents, they are nonetheless established players in their respective industries, and are partnering with existing financial services providers.

The three virtual banks are expected to launch in the fourth quarter of the year, compared to a projected second quarter launch before the pandemic hit.

More in this category: « Jkopay aims to build a digital banking ecosystem for Taiwan Can AirAsia build a super app? »
back to top