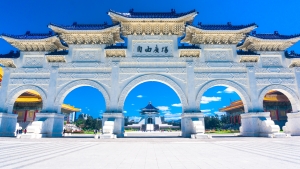 Taiwan's mobile payments are growing at a steady pace and are expected to hit a record NT$100 billion this year. Mobile payments reached NT$76.1 billion through the first nine months of the year, up 160% over the same period in 2018, according to data compiled by Taiwan's Financial Supervisory Commission (FSC). Mobile payments lagged in Taiwan for years but have picked up considerably on the back of proactive government efforts to reduce the dominance of cash. Because credit card penetration is high in Taiwan, many consumers prefer to tie in their existing credit cards to payment apps (often provided by their banks) on their handsets. This differs somewhat from mainland China, where direct debit from a bank account and stored-value wallets are more prevalent. Taiwan has a more fragmented digital wallet market as well, with no single firm able to dominate to the degree Alipay and WeChat Pay do in the mainland.

One of the most popular ways to promote cashless payments across Asia is with subsidy programs. In Taiwan's case, the Ministry of Economic Affairs launched a NT$440 million (US$14.2 million) mobile payments rewards program in October together with some of the largest digital wallets, Line Pay and Jkos Pay, as well as the state-backed Taiwan Pay and Pi. A maximum of NT$1000 in rewards per individual can be redeemed monthly in roughly 200 shopping districts and stores across Taiwan. The government has provided an additional NT$300,000 to qualifying vendors that accept mobile payments to help them attract more business.

For Taiwan, one of the biggest obstacles to universal mobile payments adoption is the cash preference of certain merchants, especially sellers of street food (which is an institution in Taiwan), sellers at traditional wet markets, small restaurants and of course, taxi drivers.

Heavy subsidies are probably the only way to persuade taxi drivers in Taiwan to adopt a more pro-cashless attitude. In the capital of Taipei, the large taxi companies do accept many types of cashless payments, but drivers sometimes try to dissuade passengers from using them. They may say that the point-of-sale machine is not working properly, or complain that they have to wait several days before they can get paid if unless cash is used.

The market may eventually put pressure on transportation services incumbents. Ride-hailing giant Uber recently reached an agreement with the Taiwan government that allows the company to operate under Taiwan's diversified taxi program, even though Uber itself is still considered a technology company. Since Uber does not accept cash and is popular in Taiwan for its transparency and convenience, over time taxi drivers who reject cashless payments could find that their business suffers.

Nevertheless, much like Japan, Taiwan has an affinity for physical currency that won't easily fade - which is linked to its large population of senior citizens. Thus, we aren't likely to find merchants on the island refusing paper bills and coins anytime soon, even as they warm to mobile payments.

More in this category: « Digital payments sector heats up in Malaysia How data personalization is driving the future of Asia's digital finance »
back to top