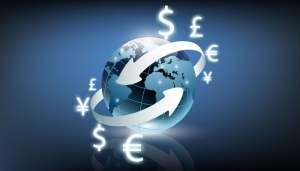 It seems that almost every plucky fintech in the cross-border payments space seeks to challenge SWIFT these days. Airwallex is perhaps the best known. The Hong Kong-headquartered (but Australia-founded) unicorn boldly proclaims that it wants to rejig global payments rails at SWIFT's expense. Then there is Lightnet, which is only slightly less ambitious. Lightnet aims to dominate B2B remittances in Asia with none other than cryptocurrency, which it says will render obsolete traditional global payments methods like SWIFT and Western Union. Lightnet is focused on making cross-border payments more economical by trimming the number of intermediary parties from about five to just the sender and receiver. The company expects costs to be further trimmed as its network grows.

To be sure, SWIFT has its drawbacks. SWIFT transfers are expensive, slow and to some degree, non-transparent. It takes several days for the money to move between different financial institutions. Banks have a rebate system, so senders do not always know the exact amount recipients will receive.

On the other hand, SWIFT enjoys considerable trust among its users. The larger the transaction, the more important that trust becomes. Given there are still many regulatory and other uncertainties about fintech startups and cryptocurrencies, many of us would still prefer to wait a bit longer for a large transaction to clear and pay a higher fee than take a chance on something going awry.

For smaller transactions, if risk is deemed relatively low, greater speed and lower fees often win out. That helps explain why competitors to SWIFT like TransferWise, Ripple, Rapyd and Airwallex are growing fast.

Whether those companies have sustainable business model is a separate question. For TransferWise, the answer to that question seems to be "yes," as it is profitable and planning an IPO for later this year or perhaps 2022. Airwallex, on the other hand, continues to lose money. It predicts gross profits of US$100 million for 2021. Last time we checked, gross profits were not the same as net income.

Not every challenger to SWIFT is a gung-ho fintech startup. By mid-2021, the national payment systems of Singapore (PayNow) and Thailand (PromptPay) will allow registered users to send money between the two countries with just a mobile number. Banks will be the initial participants, but fintechs will be allowed to join in the future.

Given rising competition in cross-border payments, SWIFT is making some changes. In September 2020, it announced a two-year plan that will see it expand from financial messaging into comprehensive transaction management services. SWIFT intends to reduce friction in payments transactions, while bolstering "speed, quality and certainty."

"This reimagined SWIFT platform builds on the progress of gpi, and moves us towards our desired end-state of payment ubiquity with the ability to make frictionless and instant cross border payments across the SWIFT network," Manish Kohli, Citi's global head of payments and receivables, said in a press release.

In early February, SWIFT announced it had established a joint venture in Beijing with the People's Bank of China's digital currency research institute and clearing center. The tie-up should help position SWIFT to play a key role in the global use of China's digital fiat currency. The new entity is called Finance Gateway Information Services Co.

More in this category: « Where is the exit ramp for Grab? Afterpay aims to eschew regulatory pitfalls »
back to top