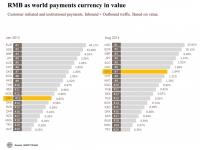 According to the latest SWIFT RMB Tracker, the number of financial institutions adopting the RMB has risen by 35% with global RMB payments tripling in value over the last two years.

Policies aimed at liberalizing the finance sector in order to accelerate the internationalization of the RMB seem to be working. Continued reforms, such as the Shanghai Hong Kong Stock Connect and the increased Chinese presence in foreign markets should further stimulate this process. Kapronasia analysis shows that the RMB should surpass the Canadian Dollar in terms of traffic value by the first half of 2015 if current growth rates continue. 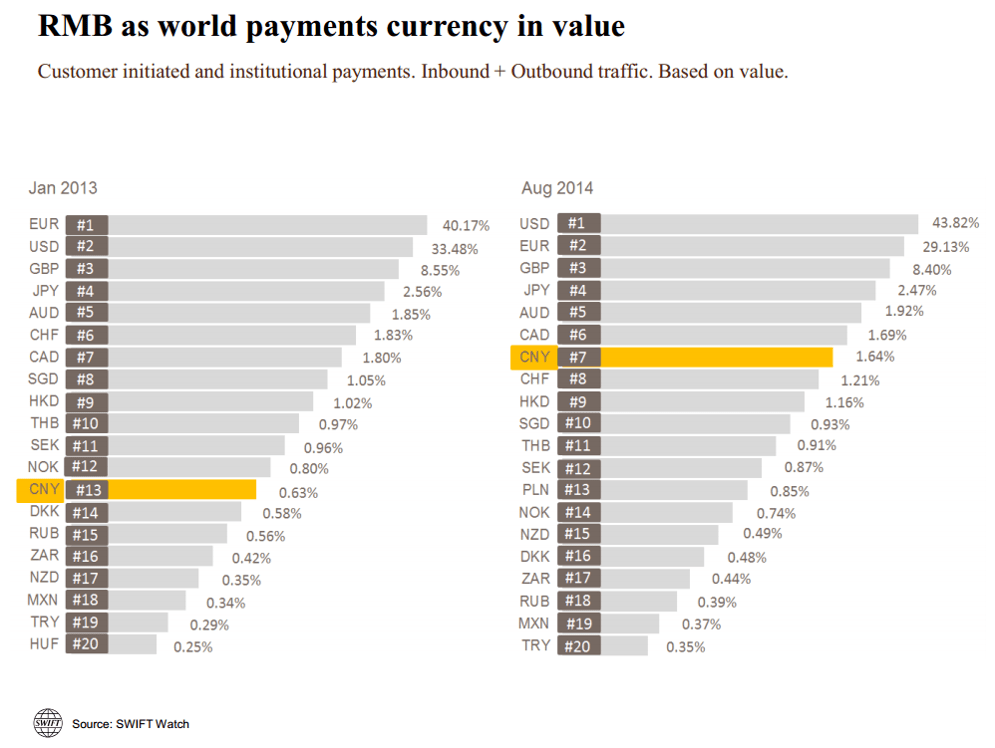 More in this category: Jumio shows Interest in Asian Online and Mobile payment markets »
back to top
© 2007 - 2021 Kapronasia