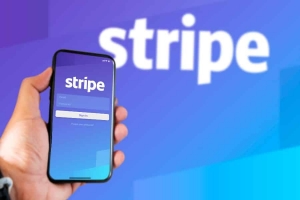 Can you think of any Western fintech firms that are dominant in Asia Pacific? Somewhat dominant? Neither can we. That may be because the region has no shortage of homegrown fintech options, especially in the ultra-competitive payments segment. That is not deterring Stripe though. As one of the most valuable startups in history, the U.S. payments giant thinks big, and sees significant market opportunities across the APAC region, including through strategic partnerships.

In a recent interview with Nikkei Asia, Stripe's CEO Patrick Collison noted the economic dynamism of Asia and said he expects the region to become a driver of innovation in the next two decades. "This will be a critical pillar of our business and it's why are investing as much as we are," he said.

Stripe currently has a presence in several Asia-Pacific markets, though not yet a large one. For instance, in February 2021, the company announced a partnership with Australian buy now, pay later (BNPL) sensation Afterpay. The agreement allows Stripe merchants in the US, UK, Australia and New Zealand to offer Afterpay's installment services to their customers.

Stripe also has a presence in Japan. In April the company began supporting two key forms of payments: Furikomi and Konbini. Furikomi is the most popular B2B payments method in Japan, which lets businesses securely transfer funds directly from their bank accounts. Konbini payments allow consumers who don’t have access to cards, or who prefer to use cash, to pay for online purchases at their local convenience stores. Konbini payments make up 18% of the nearly $167 billion annual online B2C payment volume in Japan. Stripe will support Konbini at 34,000 convenience store outlets in the country.

Additionally, Stripe has partnerships with Alibaba, WeChat Pay and UnionPay that allow businesses outside of China to sell to Chinese consumers through the Stripe dashboard. The payments giant hopes to grow its share of China’s massive cross-border e-commerce market. Chinese consumers spent nearly US$100 billion on e-commerce products and services from outside China in 2020, according to the country's General Administration of Customs (GAC).

Looking ahead, Stripe is eyeing deeper expansion into Southeast Asia. The company entered Singapore in 2016, Malaysia in 2019 and started an interbank transfers pilot program in Indonesia in 2020. Stripe says it has established a number of important partnerships in Southeast Asia, though it is unclear how exactly it plans to leverage them. The payments startup is accustomed to serving customers in some of the world’s richest countries, where payments needs and consumer behavior are very different from in developing countries. A learning curve is to be expected in countries like Indonesia, Vietnam and the Philippines.

At the same time, Stripe’s US$95 billion valuation has reportedly fallen 28% after an internal recalculation. While Stripe is still worth a whopping US$74 billion and has more money to spend than most fintechs ever will, in the short run, the company likely needs to take a more measured approach to international expansion than during the most recent tech bull market.

More in this category: « Australia’s Zip is putting out fires Indonesian e-wallet Dana gets big shot in the arm from Sinar Mas, Lazada »
back to top