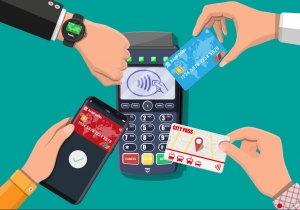 In mid-January, analytics firm GlobalData named South Korea as one of Asia's cashless champions, along with China. The London-based firm noted that half of Korea’s 1,600 bank branches no longer accept cash deposits or withdrawals, while e-commerce spending accounts for 6% of annual GDP.

With the advent of virtual banks in South Korea, the country appears to be tentatively embracing fintech innovation. Payments are just one small piece of the puzzle. Scanning a QR code with a smartphone to pay for a coffee at Starbucks is convenient, but it's just the tip of the iceberg.

The digital lender K bank said in late July that it planned to launch an "untact" loan balance transfer service in the second half of 2020, a first for the South Korean financial sector. Under K bank's plan, customers will register digital signatures in K bank's system that will allow the lender to approve the loan transfer much faster than the traditional way - by verifying the authenticity of a borrower's seal certificate. K bank expects loan transfer customers to use the service when applying for a mortgage.

K bank is one of two operational neobanks in South Korea, the other being Naver-owned Kakao Bank. In Nov. 2019, Kakao launched a a spare change investment service that allows users of mobile messenger Kakao Talk to invest in funds with the change from their online purchases — amounts less than 1,000 won ($84 cents). The broker’s system automatically makes investments on behalf of customers.

In less than four months, the service attracted 200,000 new subscribers and the investments reached 20 billion won.

In the first half of the year, Kakao Bank posted a profit of 45.3 billion won (US$38 million), nearly a fivefold increase year-on-year. Because of Kakao Bank's outstanding performance, the neobank sector as a whole was profitable in the first half of the year. In contrast, traditional banks were loss-making, according to South Korea's Financial Supervisory Service (FSS). Overall, the banking sector's operating income fell 17.5% to 6.9 trillion won ($5.8 billion) from January-June.