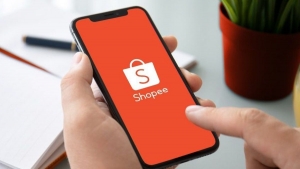 E-commerce is an ideal platform from which to launch a digital payments business. Alibaba figured that out early on, launching Alipay back in 2004. Today, it is hard for any e-wallet to become as dominant as Alipay, especially in a market as competitive as Indonesia. Yet Sea Group's ShopeePay is fast becoming one of Indonesia's most popular e-wallets on the back of Shopee's ascension. Shopee was Indonesia's top e-commerce platform by site visits in 2019 and looks set to repeat that feat this year.

As Southeast Asia's largest economy, Indonesia is a key market for Shopee and one where it is a leader by several metrics. In the third quarter, Shopee was Indonesia's top e-commerce app by average monthly active users, downloads, and total time spent in app on Android in the Shopping category, according to AppAnnie. During that period, Shopee's orders in Indonesia increased 124% year-on-year to 310 million, Sea said in its third quarter results.

Unsurprisingly, ShopeePay's success is coming at the expense of its rivals. A MarkPlus survey of Indonesian consumers taken from July-September found that ShopeePay captured 26% of the market, ahead of Grab-backed Ovo and Gojek's GoPay.

An August survey of Indonesian consumer by Ipsos found that ShopeePay had the highest penetration rate of any e-wallet in the country at 48%. Subsidies are just one part of ShopeePay's success. To be sure, users like the discounts. But more importantly, they find ShopeePay easy to use. They laud its application interface and smooth top-up process.

Meanwhile, as ShopeePay surges in Indonesia, Grab and Gojek appear to be coming closer to a merger. Nothing has been confirmed, but the two decacorns are have reportedly made substantial progress in the negotiations. They probably realize they should put their differences aside before Shopee eats both of their lunches.

A merger of Southeast Asia's two largest internet companies might create a dominant e-wallet in Indonesia. Together, Ovo and GoPay have a substantial user base. The Grab and Gojek ecosystems are vast.

Still, Grab and Gojek's core offerings are the same: ride hailing and food delivery. Neither of those is as sticky as e-commerce. Users typically spend more time buying and selling goods online than they do hailing rides or ordering food. And Shopee has designed its app so that users don't want to leave it. There is live streaming, an in-app gaming function and an in-app social feed that lets users share content with the Shopee community on what they buy, sell and list.

With that in mind, even a Grab-Gojek merger is unlikely to put a large dent in ShopeePay's Indonesia ambitions.

More in this category: « Indonesia's e-wallet wars could weigh on Gojek's digibanking dreams CHAI aims to shake up Korea's payments market »
back to top
© 2007 - 2021 Kapronasia