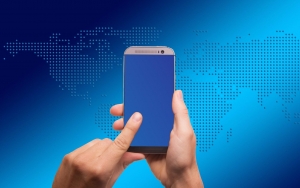 The five countries aiming to link up their respective retail real-time payment systems are Singapore, Thailand, Malaysia, the Philippines and Indonesia. These countries have made swift progress in terms of bilateral real-time payment linkages in the past 18 months, starting with the Singapore PayNow and Thailand PromptPay linkage launched in April 2021. A month later, Thailand and Malaysia completed the first phase of the connection of their respective PromptPay and DuitNow systems. From the fourth quarter of this year, Singapore’s PayNow and DuitNow will be linked in phases from the fourth quarter of 2022.  Additionally, Singapore plans to link PayNow to Indonesia’s forthcoming QR code-based real-time payments system.

The central banks will attempt to connect this network with other regional clusters around the world, and eventually apply the same structure to real-time bank transfers and central bank digital currencies.

“This can be a deeply impactful move that we can build to the rest of the world,” Monetary Authority of Singapore Managing Director Ravi Menon told Bloomberg at the same panel in Bali.

The benefits of these RTP linkages are clear. The need to use cash is reduced. It is possible to transfer money instantly across national borders with just a mobile phone. Further, the regiona system will use local-currency settlements between countries, bypassing the need for the U.S. dollar as an intermediary, thereby lowering costs for consumers.

However, the five countries will need to align their respective regulations on these payment solutions in order to build a truly interconnected regional payments ecosystem. “Government commitment and collaboration to build governance frameworks around new payment solutions are therefore needed to drive regional interoperability,” Fitch Solutions said.

Further, it is likely the system will only cover the biggest payment corridors in Southeast Asia. Smaller economies in the region and poorer countries may lack the underlying infrastructure to participate. In Myanmar’s case, there are clear geopolitical risks that would make it difficult for the country to be part of a broader regional cross-border payments system. Indeed, Myanmar may be placed on FATF’s blacklist next month.