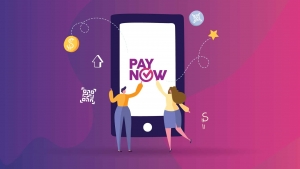 Singapore and Thailand have made cross-border payments history with the linkage of their respective real-time retail payment systems, PayNow and PromptPay. The linkage is the first of its kind in not just Asia but the world and comes after several years of close collaboration between the Monetary Authority of Singapore (MAS) and Bank of Thailand (BoT).

The PayNow/PromptPay linkage has the potential to be a game changer in cross-border payments for several reasons. First, money transfers of up to US$1,000/25,000 baht will be possible with just a mobile number for customers of participating banks. Three of Singapore's 12 PayNow banks are participating in the scheme - DBS Bank, OCBC Bank and UOB - together with Thailand's Bangkok, Kasikorn, Krung Thai and Siam Commercial banks, noted the Association of Banks in Singapore (ABS).Unlike for typical remittances, it will not be necessary to include information such as the recipient’s full name or bank account information. Transfers will be completed in minutes, compared to one to two working days for most cross-border remittances.

To be sure, the US$1,000 limit would be a hindrance to anyone needing to transfer larger sums, and it does not yet apply to business transactions, but the potential is there for the PayNow/PromptPay payment rails to grow much larger. This type of system, undergirded by central banks, has credibility that so-called “alternative payment rails” from the likes of firms such as Airwallex lack. Backed by the MAS and BoT respectively, PayNow and PromptPay are unlikely to encounter the same regulatory travails as growth-centric fintech startups.

At the same time, Singapore and Thailand are just the beginning for the system. MAS and BoT intend to work with their counterparts throughout Southeast Asia to build an interconnected regional payments ecosystem. One reason this goal is feasible is that legacy payment systems are less entrenched in the region compared to more developed markets.

Tags:
More in this category: « How will Razorpay use the US$160 million from its latest fundraising round? Gojek steps up its super app play »
back to top