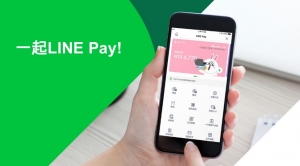 Taiwan’s two top e-wallets, Jkopay and Line Pay, have grown exponentially in terms of transaction volume in recent years yet have failed to turn a profit. Data compiled by Taiwan’s Chinese-language Business Next show that Jkopay lost about NT$346 million, slightly less than the NT$347 million in losses a year earlier. Line Pay likely lost NT$424 million in 2020, up nearly 70% year-on-year.

Jkopay and Line Pay have both cultivated strong niches in Taiwan, with the former being accepted more widely at small merchants and the latter at large retailers. Jkopay ate into Line Pay’s initial lead in Taiwan’s mobile payments market by courting the most traditional merchant segments, such as breakfast stores, food stalls and various night market vendors. These merchants have historically been the most resistant to cashless payments in Taiwan because of their sensitivity to fees and preference for physical currency. However, Jkopay has won many of them over by offering their customers subsidies and using its data crunching acumen to give merchants useful information about customer preferences.

For its part, Line Pay benefits hugely from having access to the 21 million users of its messaging app in Taiwan, and will likely get a boost from the rollout of Line Bank. The Line ecosystem is the only one currently active in Taiwan with super app potential, given the stickiness of the messenger and the presence of e-commerce and entertainment in-app. If Line Pay’s purpose is ultimately to feed customers into Line Bank, which then makes money from higher margin services like lending, the e-wallet’s current losses may not be a big problem in the long run. If Line Bank is a success, and more Taiwanese choose the overall Line ecosystem for digibanking, Line Pay’s losses should narrow steadily. A similar playbook worked for Kakao Pay in South Korea.

Although Jkopay’s revenue reportedly grew 101.8% in 2020 to reach NT$219 million yuan, the company will be hamstrung by an inability to move beyond payments. Each time it has tried to develop higher margin product lines, it has encountered significant regulatory opposition. Taiwan’s Financial Supervisory Commission (FSC) fined the company NT$1.8 million in February (US$63,420) over poor internal controls and suspended its chairman Kevin Hu for a year.

That was the second time the regulator had punished Hu. In September 2020, the FSC ordered his removal as a board member of Jko Asset Management Co for launching “an illegal investment service,” Tuofu Bao. “Telling investors that they are likely to gain at least 1.2 percent return sounds similar to offering guaranteed returns. Jko apparently misleads its investors,” Securities and Futures Bureau Deputy Director-General Tsai Li-ling said a press conference last year.

More in this category: « Gojek steps up its super app play Covid outbreak may be Taiwan’s cashless turning point »
back to top