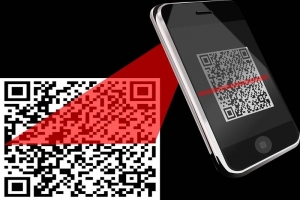 The Philippines is accelerating digitization of payments, both domestically and cross-border, in line with a goal of the country’s central bank (BSP) for 50% of retail payments to be cashless by 2023. One of the most important new developments in this space is the link-up between the respective real-time and QR  payments systems of the Philippines and Singapore.

On November 8, the BSP and Monetary Authority of Singapore (MAS) signed an enhanced fintech cooperation agreement (build on an earlier agreement signed in 2017) that aims to facilitate interoperable payments between the Philippines and Singapore. The agreement is similar to deals MAS has struck with the central banks of Thailand, Malaysia and India, and once again underscores Singapore’s paramountcy as a real-time cross-border payments hub in the region.

The driving force behind this agreement is the significant remittance flows between Singapore and the Philippines, which reached S$2.89 billion in 2020 and the normal extensive people-to-people exchanges between the two countries. Before the pandemic, this figure stood at roughly 900,000.

Meanwhile, the Philippines is pushing ahead on digitization of domestic payments as well. In particular, the interoperability of the codes under the QR PH program could significantly boost the use of e-payments in the country. The BSP recently launched the QR PH person-to-merchant (P2M) payment facility, an electronic payment system that allows buyers to pay even small value transactions such as jeepney or tricycle fares and payments of goods and services to MSMEs at no cost to the buyer.

Both incumbents and fintechs are finding the technology handy. “We really see a lot of potential for these QR payments. We have onboarded a lot of merchants,” Asia United Bank (AUB) executive vice president Wilfredo Rodriguez Jr. said in a virtual briefing in October.

For its part, Tencent-backed PayMaya said in early November that it is speeding up the nationwide rollout of QR Ph across its enterprise base of 160,000. In a statement, PayMaya President Shailesh Baidwan said that the move represents a key step towards establishing a more robust payments ecosystem in the country.

More in this category: « What will be the impact of Australia’s BNPL regulation? Investment accelerates in Philippine digital payments firms »
back to top