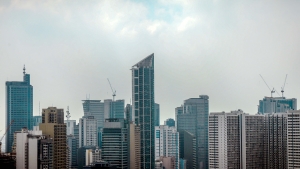 The Philippines is preparing to implement new legislation for mobile payments as it steps up efforts to digitalize its financial system. In a statement, the Philippines' central bank said that the National Payment Systems Act (NPSA) would support the development of a mobile payment system that can serve as the "third pillar of central banking." The Bangko Sentral ng Pilipinas (BSP) sees such as a system as crucial for controlling systemic risk and driving sustainable economic growth.

Manila aims to create a level playing field for incumbents and fintechs under one overarching set of payments regulations, officials say. The Duterte administration believes the NPSA will create the right conditions for healthy competition in the finance sector, they say.

The NPSA is in line with the BSP's steady march toward digitalization. The social-news network Rappler notes that the Philippines' central bank has already permitted online know-your-customer screenings, remittance agents to cash in and out with mobile payment apps and non-banks like GCash and PayMaya to issue e-money.

Under the new regulations, which have yet to be finalized, payment systems operators or firms that use platforms enabling payments are required to register with the Bangko Sentral. Applicants should submit applications signed by the company’s leadership, a business plan and copies of business licenses.

Certain incumbents, such as banks, electronic money issuers or money services businesses which also operate payment systems, are exempted from the latter two requirements and only need to go through the formality of submitting an application, according to The Philippine Star.

The NPSA also gives regulators broad powers to penalize non-compliant payment systems operators. Under the legislation, the BSP is authorized to regulate the appointment of directors and officers of certain payment systems. If someone is found to be unfit for a position, the BSP has the power to suspend or remove that person from office. Willful violation of the law is punishable by a fine of PhP 200,000 to PhP 2 million and/or a two to 10-year prison sentence.

Some legal experts say that a tough payments law is needed to ensure the market grows stably. "Indeed, with the BSP’s new oversight functions and its power to impose sanctions under the NPSA, the Philippines provides a safe and stable environment for payment systems to thrive and grow," wrote law firm Disini & Disini on its website.

By enacting definitive payments legislation now, before widespread e-wallet adoption occurs, the Duterte administration is acting wisely. Merchants, consumers and investors will all benefit from the clarity the legislation provides.

The Philippines today remains a cash-first society, with cash accounting for 99% of local transactions in 2018, according to the BSP. But all the elements are in place for steady adoption of fintech: fast economic growth, high smartphone penetration, a large unbanked population, a negligible credit and debit-card presence and openness to mobile banking. Further, digital wallets, which have low barriers to entry, are a good way to boost financial inclusion, an ongoing goal of the Philippines government.

Some analysts believe that the Philippines is on the verge of a full-throated embrace of digital payments. Rappler estimates that e-wallets will grow at a compound annual growth rate of 117% from 2017-2022. For its part, the BSP expects that digital transactions could reach a modest 20% of local payments by 2020.