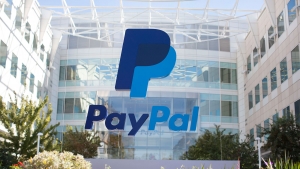 China has long been the largest fintech market that foreign tech companies could not crack. Now Beijing is cracking down on its own fintech giants, sowing doubt about digital finance’s future in the country. Nevertheless, PayPal, which is the first foreign firm to receive an online payments license in China, likely can tap China’s enormous cross-border payments market, a segment where domestic giants like Alipay and WeChat Pay are not yet dominant and PayPal’s large global network gives the company a major competitive advantage.

Hannah Qiu, PayPal’s China CEO, said in April at the Boao Forum that in PayPal’s overseas market, there are over 377 million individual users and 20 million corporate users. With that in mind, Qiu said that PayPal would aim “to build a bridge” between China and the world.

Qiu emphasized that PayPal would not seek to compete with local payments firms but rather cooperate. “I’m not listing the companies’ names, but we have very deep cooperation with some local companies,” she said.

Meanwhile, in Southeast Asia, senior management executives from PayPal (as well as Stripe and Grab) have joined an angel investment network that will support early-stage fintech startups in the region. The Fintech Angels Operators Network intends to provide both strategic investments and offer its expertise to nascent fintechs.

Finally, in Australia PayPal is moving aggressively into the booming buy now, pay later (BNPL) segment. In June, PayPal launched its interest-free BNPL product, PayPal Pay In Four, in Australia, where it already has 9 million customers (more than 1/3 of the Australian population). No wonder why Aussie BNPL upstarts like Afterpay and Zip are suddenly feeling a bit anxious.

The BNPL product – which was previously launched in the U.S., UK and France – will only appear  as an option at checkout for Australian consumers who have a PayPal account in good standing and for eligible purchases valued between AU$30 and AU$1,500.

In mid-July, PayPal cranked up the pressure on the Afterpay and Zip as it announced that it would not charge late payment fees. Afterpay currently charges a default fee of A$10 to customers who miss a payment on their due date.

“Our business model does not rely on late fee revenues and we believe that many people who miss a payment do so by mistake, not design,” Andrew Toon, general manager of payments for PayPal Australia, said in a statement.

More in this category: « Why are BNPL firms foraying into banking? Unpacking Square’s US$29 billion acquisition of Afterpay »
back to top