PayPal is unlikely to become a super app in Asia 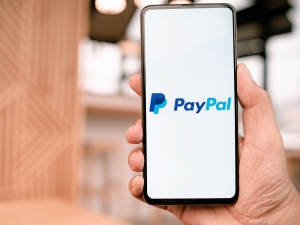 PayPal is a payments giant with super app ambitions but a small footprint in Asia. Indeed, although PayPal has been present in many Asian markets for ages, it is not a market leader in any of them. In fact, to date, it is more notable for reducing its presence - exiting the domestic payments business in both Taiwan and India, for instance - than scaling up. Becoming a bigger player in Asia will not be easy for the US$340 billion company, despite its vast resources.

PayPal is one of the world's earliest digital wallets (founded in 1998) and highest valued digital payments firms. Close ties to eBay helped it become dominant in the U.S.'s peer-to-peer payments segment and to a lesser extent Europe's in the early days of the internet economy. As a result, its user base has become gigantic over the years and currently stands at nearly 350 million. The company could conceivably build on that success to roll out a wider suite of digital banking services to its U.S. and European customers.

In Asia, PayPal faces a very different situation. In many Asian countries, local or regional firms dominate the e-commerce and digital payments ecosystems, China being the most prominent. PayPal tried for years to enter China and only succeeded after taking full ownership of the local payments firm Gopay in early 2021. Seven months earlier, PayPal reached an agreement with UnionPay that will give the state-owned giant's cardholders access to PayPal's network. While Beijing is encouraging more competition in its payments sector, it is hard to imagine PayPal giving Alipay or WeChat Pay a run for their money.

In India, foreign payments firms like Google Pay and foreign-backed ones like PhonePe (backed by Walmart) lead the market. But PayPal is not among them. In fact, the San Jose-based company announced in February that it would exit India's domestic payments business. From April 1, PayPal will focus "all our attention on enabling more international sales for Indian businesses, and shift focus away from our domestic products in India," the company said in a statement. PayPal said that it processed more than US$1.4 billion in global sales for Indian merchants in 2020.

Still, shuttering the domestic payments business does not suggest PayPal is confident about its prospects in one of the world's fastest growing payments markets, which is forecast to reach US$1 trillion by 2023. Last year, PayPal said that it was building a payments service powered by India’s UPI platform, hinting that it might boost rather than reduce its India investments.

Meanwhile, in key Southeast Asia markets such as Singapore, Indonesia, Vietnam and the Philippines, PayPal has a small presence. Each of those countries has its own digital services ecosystem. Such are the variations in Southeast Asia that it is hard for even preeminent local platform companies/aspiring super apps like Sea Group, Grab and Gojek to dominate multiple markets across the region. At most, they can lead in two or three, as Sea's Shopee does.

Perhaps PayPal can still tap into the Asia fintech opportunity through strategic investments. Its purchase of Gopay in China and a 0.6% stake in Gojek's fintech arm suggest that it remains keen to grow in Asia, even if it has to do so by proxy.

More in this category: « Afterpay aims to eschew regulatory pitfalls Stripe intent on Asia-Pacific expansion »
back to top