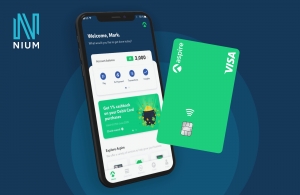 Southeast Asia’s two most prominent unicorns, Grab and GoTo (the erstwhile Gojek and Tokopedia), frequently highlight their services for merchants, but they grew larger than life thanks to their consumer businesses, especially ride-hailing and food delivery. A consumer focus, especially on gaming, has also been pivotal for Sea, Southeast Asia’s most valuable listed company.

In contrast, Nium is a payments startup that serves businesses. Its rise to unicorn status could pave the way for other Southeast Asian fintechs with a B2B focus to grow bigger. Technically, Nium is not the first Southeast Asian payments unicorn – the payments platform Pine Labs, valued at US$3 billion, has its headquarters in Singapore – but Pine Labs’ core business remains in India, even though it is expanding in Southeast Asia.

Similar to Stripe, Nium’s software helps businesses accept online payments. It also allows businesses to send money and issue physical and virtual credit cards. Nium’s business has grown significantly in the past year, with revenue increasing 280% annually. The company processes US$8 billion in payments annually and has issued more than 30 million virtual cards to date.

Nium plans to use funds from its Series D round to step up international expansion, including in the United States and Latin America. Participants in the round included Temasek, Visa, Vertex Ventures, Atinum Group of Funds, Beacon Venture Capital, Rocket Capital Investment, and a number of angel investors. The payments unicorn will also aim to draw on the resources provided by its recent acquisitions of travel B2B payments firm Ixaris and Wirecard Forex India Private Limited.

“We started Nium with the humble goal of taking out regional complexity in cross-border payments,” Prajit Nanu, Nium’s co-founder and CEO, said in a press release. He added that the company’s sights are now set higher, as it foresees itself acting as a catalyst to boost global commerce, “removing some of the payments friction which has traditionally held businesses back.”

In the press release, Nium said that saw significant opportunities in market segments such as embedded financial services, cross-border transfers, and card payments, which the company estimates “to have a total addressable market of nearly US$50 trillion.”

More in this category: « Unpacking Square’s US$29 billion acquisition of Afterpay Is Razer’s fintech foray ailing? »
back to top