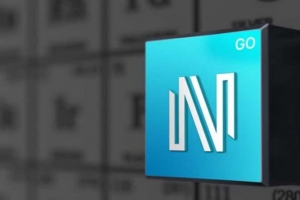 Nium has been on an international expansion tear since before its Series D round closed. In early June, the Temasek-backed company agreed to buy payments firm Ixaris for an undisclosed amount to expand in Europe. Ixaris is a licensed e-money entity based in London best known for introducing Europe’s first virtual prepaid card in 2003. Its core business focuses on helping airlines and digital travel agents reduce surcharges and earn rebates.

In June, Nium also expanded to Poland, one of Eastern Europe’s largest economies. As part of this expansion, payouts in all non-euro local currencies will also be made available to other countries in the region including Bulgaria, the Czech Republic, Hungary and Romania.

“We see more funds flowing into the country, whether for investment purposes or to pay vendors and suppliers,” Frederick Crosby, Nium's chief revenue officer, said of Poland in a statement.

Meanwhile, Nium has set up an office in San Francisco and has ambitious plans for its business in the U.S., where it is keen to explore opportunities provided by FedNow, the US government’s instant payment service. Currently, the U.S. accounts for 3% of Nium’s revenue, according to TechCrunch. Nium hopes to grow that to 20% by the end of 2022.

While not yet profitable, Nium has been growing expeditiously. It processes US$8 billion in payments annually and has issued more than 30 million virtual cards since 2015. Nium says it processed up to US$2.1 billion transactions in the fourth quarter of 2020 and plans to nearly triple that by reaching US$6 billion in the October-December period this year.

Nium plans to guide investors to the exit ramp relatively soon. In July, co-founder and CEO Prajit Nanu said that Nium expected to go public in the US within two years. He told Bloomberg that the company had considered a SPAC but decided an IPO would be in its best interests. “We wanted to give ourselves a calmer way to list; there is no reason to rush it.”

More in this category: « Why did PayPal acquire Paidy? How did Indonesia’s Xendit become a unicorn? »
back to top