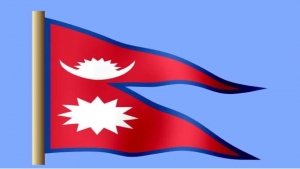 Home to about 70 fintech startups, Nepal is a nascent market for digital finance. That said, the pace of adoption in the Himalayan nation of 30 million is picking up amid the Covid-19 pandemic and with about 55% of the population unbanked, there is a need for fintech solutions that can boost financial inclusion. In the past few months, there have been several key developments that could speed up the digitization of Nepal’s financial sector.

Digital payments grew fast in 2021 in Nepal. According to Nepal Rastra Bank, the country’s central bank, digital payments almost doubled in the first quarter of the 2021 fiscal year (mid-July to mid-October), reaching Rs1.22 trillion compared to Rs630.85 billion in the same period in the last fiscal year.

However, a lack of interoperability among banks and e-wallets has been a problem for Nepal. The country hopes to solve that problem with the national payment switch it launched in November 2021, which will serve as the country’s key retail payment rail, allowing banks, e-wallets and non-financial institutions to easily transfer money.

Meanwhile, in February, the National Payment Corporation of India’s (NPCI) UPI platform launched in Nepal. NPCI is describing this expansion into Nepal as a milestone in UPI's international expansion. While NPCI previously partnered with Singapore and Bhutan to allow UPI-based payments to be accepted in those two countries and also inked a deal with the UAE’s Mashreq Bank that enables Indian travelers to the country pay for their purchases, the Nepal expansion marks the first time UPI’s real-time payment system is fully adopted internationally. UPI will function for Nepali users like it does for Indians in India.

"Nepal shall be the first country outside of India to adopt UPI as the payments platform driving the digitalization of cash transactions," NPCI said in a press release.

More in this category: « Australia’s Zeller finds that it pays to bet on SMEs Australia’s BNPL firms face a day of reckoning »
back to top