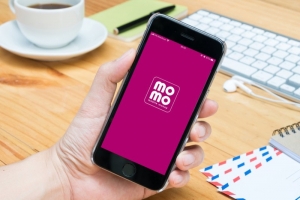 In Vietnam's fiercely competitive e-wallet market, Momo stands out. The company has attracted deep-pocketed backers including private-equity firm Warburg Pincus and Silicon Valley fund Goodwater. Momo has is Vietnam's largest e-wallet by users, with 25 million, which it plans to double in two years. Momo recently completed a mammoth funding round that reportedly raised US$100 million that the company will use for strategic acquisitions and to enhance its app with biometrics technology.

Momo is racing to capitalize on the pandemic-driven rush to mobile payments that has swept across Southeast Asia. Prior to the pandemic, Vietnam was, as most developing countries tend to be (and even some developed ones like Japan), a laggard in cashless payments adoption.

Cash might have remained king in Vietnam much longer if not for covid, but there is no turning back now. As of August 2020, mobile payment transactions had reached 700 million, an increase of 980% over the same period in 2019, according to data compiled by Vietnam's government.

Other investors in Momo's latest funding round include Affirma Capital Singapore Pte, Kora Management, Macquarie Capital and Tybourne Capital Management. The Vietnamese payments startup previously raised $33.7 million in Series A and B rounds involving Goldman Sachs. and Standard Chartered Private Equity. Momo has not disclosed how much it raised in its Series C round.

Momo says that it processed US$14 billion in transactions last year while revenue grew 2.5 times - although it has not specified the figure. It is unclear when the company expects to break even.

The company does foresee an exit ramp for investors within the next few years. Momo CEO Pham Thanh Duc told Reuters that an IPO could come in the 2021-2025 period, and later added, "possibly 2025."

While Momo is branding itself as a super app, that should be taken with a grain of salt. Momo is an e-wallet that also offers insurance payments, digital marketing for merchants and processing of small donations. It does not have messaging, entertainment or e-commerce services.

Looking ahead, Momo aims to expand into microlending (maximum loan amount of 5 million dong/US$217) and investments by building a platform that links users with financial institutions.

More in this category: « Asia will be integral to WhatsApp's super app ambitions How will GCash use its US$175 million capital injection? »
back to top