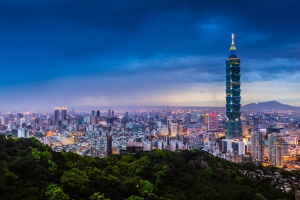 On December 3rd, Line Pay Taiwan and iPass Corporation announced a collaboration formed with partners in Japan, Thailand and Korea to expand its payment footprint. With an anticipated launch in Q1 2020, the move will open existing cashless payment ecosystems to more than 78 million users in the region and create more business opportunities for Line’s merchant partners. Additionally, Line Pay Taiwan also announced that it had renamed its joint service with iPass to “Line Pay Money” to highlight its primary usage as a digital wallet.

Cross-border transactions are often costly, incurring transfer fees, inter-bank fees and exchange rates that may add up to approximately 4-5 percent per transaction. Moreover, each country has its own set of regulations when it comes to payments. Therefore, incorporating cross-border payments onto its platform may rest in Line’s alliances in Japan, Korea and Thailand.

In Korea, Naver Pay’s entry into the mobile payments market comes as a challenge to long time player Kakao Pay, which had a total transaction value of 22 trillion won (USD$19 billion) in 1H 2019. Kakao Pay is also seeking to diversify its business portfolio as it begins to offer insurance plans to its Kakao Pay users. Experts believe that Naver’s arrival into the mobile payments market may pose a threat to Kakao Pay’s strengthening moves into the financial sector. As the parent company of Line, Naver is seeking more opportunities to expand its business from Line’s existing customer base. NHN Payco, the sole partner unaffiliated with Naver, is also seeking to expand its customer base with more foreign clients through this collaboration.

Cashless transactions are steadily increasing in cash-reliant Taiwan, where the government is partnering with various cashless payments aggregators to meet its cashless penetration goal of 52 percent by 2020. Line Pay takes the lead in Taiwan with an approximate 22-25% share of the cashless payments market, with close competitor JKoPay taking a share of approximately 10-20%. JKoPay is surely a challenger to watch out for, with its lead of NT$588.28 million (USD$19.5 million) to Line’s NT$52.58 million (USD$1.75 million) in 2018 digital wallet consumer spending.

Japan shares a strong preference for cash with its neighbour Taiwan. With well-founded concerns regarding the security of cashless transactions as evidenced by a July 2019 scandal where a total of US$500,000 was stolen from around 100 compromised 7-pay accounts, cashless penetration in Japan is estimated at 20%. Authorities are seeking to double the ratio of cashless transactions to 40% by 2025.  Line has a substantial customer base in Japan, with an estimated 81% of internet users in Japan on its messaging platform. The recent merger of Line and Yahoo Japan, which has an audience of an estimated 50% of Japanese internet users, would likely promote Line’s venture.

More in this category: « In Asean, Vietnam No. 2 source of fintech funding this year after Singapore Vanguard to offer retail investment advisory to Chinese consumers through partnership with Ant Financial »
back to top