Kakao Pay prepares for IPO in 2021 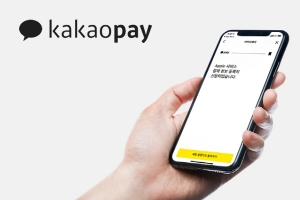 Kakao's fintech ecosystem is coming into its own. The key units, the Kakao Pay e-wallet and digital bank Kakao Bank, are both gearing up for IPOs in 2021. Kakao Pay is slated to list first, in what will also be the first time a Korean mobile payments firm goes public. Kakao Pay's IPO is expected raise up to 10 trillion won (US$8.5 billion).

Kakao Pay is among the most successful fintech firms in Korea and the country's top digital wallet. In just over three years, it has amassed 34 million users - about 67% of the Korean population - and processed 29.1 trillion won (about US$25 billion) in payments. Kakao Pay has expanded from payments and money transfer services into securities with the establishment of its brokerage unit Kakao Pay Securities.

Korea's leading e-wallet also plans to set up a digital non-life insurance unit that will offer niche products to mobile banking customers, typically young people. The company sees demand in that demographic for basic insurance policies that are less comprehensive than traditional policies. "For example, a person may want to be insured for only a certain risk among the many covered by an existing product," a Kakao Pay spokesperson told The Korea Times in September.

Insurance premiums in Korea are modest, but Kakao Pay is betting that it can tap the Kakao ecosystem's huge user base to make the insurance venture profitable. The messaging app KakaoTalk has 52 million active users, almost all in Korea, which has a population of roughly 51.2 million.

At the same time, Kakao Pay is benefiting considerably from the pandemic-induced mobile payments boom. About 14% of Korea's payments are made in cash, among the lowest rate in the world.

If Kakao Pay manages to continue its steady growth streak, an IPO in the first half of 2021 will be ideal. "There could be several variables including stock market conditions but it is true that we plan to go public in the first half of next year," a Kakao Pay spokeswoman told The Korea Times. “We plan to use the money raised to nurture new revenue sources and continue our aggressive business expansion."

Among Kakao Pay's key backers is Alipay, whose 43.9% stake in the company is second only to its parent Kakao. Alipay Singapore Holding invested US$200 million in Kakao Pay when the subsidiary was established in 2017 and an additional US$97 million in June.

The payments unit will become the second Kakao subsidiary to go public after Kakao Games, which made an impressive debut on the Kosdaq September 10, raising 84 billion won (about U$324 million). Ahead of its market debut, Kakao Games reportedly established a new record for Korea's IPO subscription rate.

Kakao Pay has yet to decide on where to list its shares. Market observers that Kakao Pay believes it can fulfill IPO requirements for both the Kosdaq and the main bourse, the Kospi.

More in this category: « Can AirAsia build a super app? Is Airwallex defying gravity? »
back to top