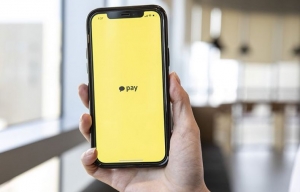 The delay of Kakao Pay’s US$1.3 billion IPO signifies a toughening regulatory landscape for the company and fintech overall in South Korea. For years, Kakao's fintech business in South Korea grew largely unfettered. Neither incumbents nor digital competitors – there were very few – posed a serious challenge to the firm, while regulators seemed content to take a relatively hands-off approach to its digital finance business. That’s all over now. What remains to be seen is whether this is a bump in the road or a harbinger of a rough ride to come.

To be sure, Kakao is not having an Ant Group moment (although ironically enough, Ant owns 45% of Kakao Pay). The South Korean firm’s payments arm has not put its IPO on ice indefinitely, but merely pushed it back to November 3 from the original date of October 14.

Still it is not an encouraging development, especially since Kakao Pay had already previously delayed the IPO (it was originally scheduled for August ) after the Financial Supervisory Service (FSS) asked it revise its securities registration statement on concerns its shares were overvalued. Kakao Pay had planned to price its shares between 63,000 won (US$53) and 96,000 won, but proposed a price between 60,000 won and 90,000 won in a new prospectus in August.

Kakao Pay announced the news of its delayed IPO on September 24, a day before South Korea’s revised Financial Consumer Protection Act fully goes into effect. The law requires financial services platform apps like Kakao Pay to receive regulatory permission - typically a license - to compare financial products and recommend them to customers. Presumably, Kakao Pay will now take the necessary steps to be in compliance before it goes ahead with its IPO. In a statement, the company said it updated its prospectus with investment risks, reflecting the new law, “to help investors fully understand the reorganization of our services.”

Whether Kakao Pay can satisfy regulatory requirements is another matter. The delay of just a few weeks suggests the company is confident it can - or that does not want to spook investors. However, the Financial Consumer Protection Act was implemented on March 25 with a six-month grace period. Kakao Pay appears to not have made much headway with regulators since then. The firm maintains that it has been "advertising" investment products, while regulators – both the FSS and Financial Services Commission (FSC) – say that it is “brokering” the products since users can make investments via the Kakao Pay app.

There is one straightforward workaround: Regulators could let Kakao Pay operate various services they say it is brokering, such as securities, insurance products and loans, on licenses obtained by its subsidiaries. But if regulators do not permit that, then Kakao Pay will have to get the licenses itself. That process could take up to six months, per the estimates of Hyundai Securities, and would likely result in Kakao Pay paring down its services and its valuation taking a big hit.

For now, it seems unlikely. Unlike their counterparts in Beijing, South Korean regulators are not aiming to fundamentally rewire Big Tech. Rather, they seem more narrowly focused on boosting consumer protection and perhaps constraining some aspects of the network effect that have allowed Kakao to become a fintech juggernaut in such a short period of time.

Since Kakao’s fintech ecosystem has a very limited international footprint, any regional impact from a longer suspension of the Kakao Pay IPO would likely be limited.

More in this category: « Why are Singapore and India linking their digital payment systems? BNPL is ascendant in India »
back to top