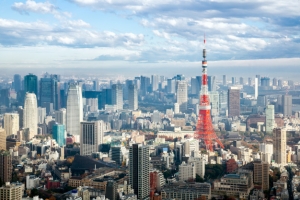 Japan has been trying to digitize financial services for years, given the high costs of maintaining a cash-based economy and the need for convenient payment options during the upcoming Olympics. The government's"Cashless Vision" initiative that seeks to increase non-cash transactions to 40% by 2025 began back in 2018, well before the covid-induced cashless drive that's sweeping across Asia. Going cashless to promote hygiene would probably seem superfluous in Japan, a country already known for its exacting hygiene standards.

In 2019, cashless payment methods reached a record 26.8% of overall household consumption spending in Japan, a 2.7% annual increase, according to data compiled by the Japanese government and published in late June. Credit card payments made up 24% of total household spending, a 2.1% annual increase over 2018. QR code payments remained rare, although up to 0.31% compared to 0.05% a year earlier.

One factor helping cashless payments rise in Japan last year was a government rewards program launched in Oct. 2019 to offset the impact of a increase in the consumption tax from 8% to 10%. Under the program, consumers could receive cashback or rewards points of up to 5% of the value of a transaction at specified outlets, usually small retailers. The government subsidized credit card firms and mobile payment service operators to cover the value of the reward points.

"Slow and steady" accurately describes Japan's adoption of cashless payments. During a January visit to Tokyo, Kapronasia encountered fewer cash-only restaurants and retailers than in years past. An increasing number of merchants accept the major U.S. credit cards (Visa, Mastercard, Amex) as well as China's UnionPay, WeChat Pay and Alipay. Convenience stores increasingly accept a wide variety of mobile payments options, with Line Pay and Apple Pay being two of the most common.

Auguring well for Japan's cashless ambitions: A Feb. survey of 1,060 people in their 20s to 60s by Tokyo-based General Research Inc. found that more than 86% of Japanese consumers planned to keep making cashless purchases after the rewards program expired in June. Respondents said that their main reasons for using cashless payments were convenience and credit card reward programs.

Credit cards remain the dominant cashless payment choice in Japan, the survey found, with 96.2% of respondents in their 60s using plastic and 75% in their 20s. About half of consumers in their 20s and 30s use mobile payments and stored-value cards, like Suica and Pasmo.

We can expect the Japanese government to continue promoting digitization of financial services in the lead-up to the 2021 Tokyo Olympics, delayed by a year because of the pandemic. In early July, The Bank of Japan said that it would begin experimenting with a central bank digital currency, (CBDC) to evaluate its feasibility evaluate its feasibility "from a technical perspective."

More in this category: « AMTD will take controlling stake in FOMO Pay Can Airwallex disrupt the global payments system? »
back to top