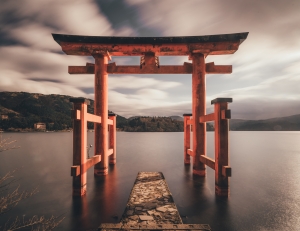 Japan is one of the few major economies in Asia with a strong preference for cash. About 80% of transactions in Japan are cash, compared to 40% in China and 11% in South Korea.

The Japanese government aims to change that with its Cashless Vision. The initiative, unveiled in 2018, aims to double cashless payments to 40% by 2027 to increase the transparency of transactions, make Japan more accessible to foreign visitors and reduce costs. Nomura Research Institute estimates the costs of producing bills and transporting them exceeds ¥1 trillion (about US$9 billion) annually.

There is strong impetus in the short term for Japan to get its cashless groove on. The Tokyo Summer Olympics and Paralympics are just a few months away, when hundreds of thousands of foreign visitors will visit the Japanese capital. Many will expect to pay for transactions with credit cards, debit cards or smartphones.

Japanese merchants rejecting cashless payments are already feeling the heat from China, Japan's largest tourist market. Chinese consumers pay for everyday and even larger transactions at home with a smartphone. They want the same convenience overseas as they enjoy at home.

In 2019, Japan stepped up its cashless initiative.It began allowing firms to pay their employees with mobile money and supporting cashier-free stores that feature cashless payment systems. Under the government's 2019 fiscal budget, Tokyo set aside ¥280 billion for a cashless payments subsidy program, ¥180 billion of which is used to compensate credit card firms and other cashless payment operators for the value of the reward points they provide to customers - valued at up to 5% of the overall purchase from small merchants.

The program was rolled out in October to offset the effect of a consumption tax increase - it rose to 10% from 8% - that took effect that month. According to data compiled by the Japanese government, 860,000 merchants were expected to be enrolled in the program as of December 1, 2019, compared to 500,000 when it began.Given the popularity of the subsidy program, the Japanese government may inject another ¥100 billion into it, Japanese media reported in December.

The subsidy program is scheduled to last through June, right before the start of the Olympics and Paralympics. Tokyo wants to as many small merchants as possible accustomed to cashless payments before visitor numbers swell during the Games.

More in this category: « WeChat Pay gets the green light to operate in Indonesia Thailand leads QR cross-border payments across Asia Pacific »
back to top