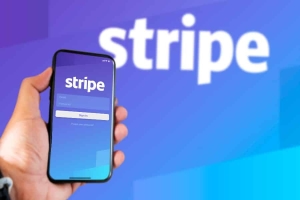 In November, Stripe CEO Patrick Collison wrote in a memo that the company would lay off 14% of its staff. He did not specify if any of the layoffs would occur in the APAC region, but it would not be a surprise if some did. Collison cited the usual suspects (for overstretched and overvalued tech companies) as reasons for the layoffs: rising inflation, fears of a looming recession, higher interest rates, energy shocks, tighter investment budgets and sparser startup funding.

Collison added in the memo that Stripe erred in its judgement of how fast the internet economy would grow in 2022 and 2023, which happen to coincide with a busy period of expansion in APAC. We reckon Stripe has good reason to want to build a bigger presence in the world’s most dynamic region for fintechs, but at the same time we realize that the region is ultra-competitive and Western fintechs have to compete against companies that are laser focused on certain APAC markets – and unlike Stripe not operating large-scale businesses in North America and Europe.

Of Stripe’s APAC businesses, the buy now, pay later (BNPL) one looks the iffiest. If restrictive BNPL regulation is enacted in Australia and/or New Zealand, Stripe’s partnership with Afterpay may not amount to much. The agreement allows Stripe merchants in the US, UK, Australia and New Zealand to offer Afterpay's installment services to their customers.

Stripe’s Japan business looks more solid. Since April, Stripe has in Japan been supporting both B2B (Furikomi) and consumer (Konbini) payments. Furikomi is the most popular B2B payments method in Japan, which lets businesses securely transfer funds directly from their bank accounts. Konbini payments allow consumers who don’t have access to cards, or who prefer to use cash, to pay for online purchases at their local convenience stores. Konbini payments make up 18% of the nearly $167 billion annual online B2C payment volume in Japan. Stripe will support Konbini at 34,000 convenience store outlets in the country.

Stripe’s China business also looks promising. It has partnerships with Alibaba, WeChat Pay and UnionPay that allow businesses outside of China to sell to Chinese consumers through the Stripe dashboard. The payments giant hopes to grow its share of China’s massive cross-border e-commerce market. Chinese consumers spent nearly US$100 billion on e-commerce products and services from outside China in 2020, according to the country's General Administration of Customs (GAC).

As for Southeast Asia, Stripe has been in Singapore since 2016, Malaysia since 2019, Indonesia since 2020 and just launched in Thailand. Thai businesses will be able to accept payments via major credit cards like Visa and Mastercard, as well as through PromptPay, a Thailand-based payment method that uses unique identifiers such as a phone number, citizen ID, or QR code to allow customers to make payments using their preferred app

Looking ahead, Stripe may have to adjust some of its business strategies in Southeast Asia, where it is beginning to operate in middle-income and emerging markets rather than the rich ones where it has become a juggernaut. The payments startup is accustomed to serving customers in some of the world’s richest countries, where payments needs and consumer behavior are very different from in developing countries. A learning curve is to be expected in much of Southeast Asia.

More in this category: « Buy now, pay later in Asia: The drivers and issues BNPL regulation in Taiwan is imminent »
back to top