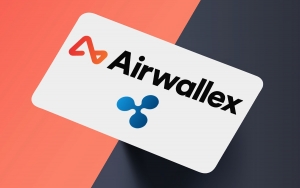 Airwallex is among a handful of loss-making fintech unicorns that has continued to raise vast sums from investors amid the coronavirus pandemic. Established in Australia in 2015 and now headquartered in Hong Kong, Airwallex is set on a bold path of international expansion and plans to use the US$40 million raised in an extended Series D round that closed in September to bring its cross-border payments business to the United States, Middle East and Africa.

Since the pandemic's onset in January, Airwallex has raised US$200 million from investors, despite having no obvious path to profitability. Observing the limited financials the company has disclosed, we can see that it remains focused on growth. In a statement, Airwallex said its customer base grew 50% on a quarterly basis in the July-September period amid a surge in digital payments use while net revenue rose 100%. While Airwallex had previously set a goal of reaching US$100 million in revenue this year, that now seems uncertain, according to Australian Financial Review.

Chief executive officer and co-founder Jack Zhang told AFR in September that Airwallex has no plans to go public and that he is "looking forward to being able to focus entirely on using the new funds to support its [Airwallex's] ambitious growth plans," which include obtaining payment licences in all 50 American states. Zhang said he expects that process will be complete by the first quarter of 2021.

Airwallex has grown rapidly by tapping demand for affordable cross-border payments services among Australian SMEs, which chafe at the high foreign-exchange fees charged by Australia's four largest banks. Australian regulators reckon customers could have saved A$150 million in fees in 2018 if they had used less expensive FX services.

China is another key market for Airwallex. Chinese tech giants like WeChat and JD.com use Airwallex to receive payments from overseas in renminbi. According to the People's Bank of China, China's cross-border payments grew 30.6% in 2019 to RMB 34 trillion (US$4.8 trillion).

Like many fast-growing fintechs, Airwallex's ambitions are becoming outsize. The company aims to challenge SWIFT's dominance in global payments with its own alternative system. That network currently includes 50 partners, such as DBS, Industrial and Commercial Bank of China and Standard Chartered. Airwallex's co-founder Lucy Liu has called the existing global payments system "inefficient and fragmentary."

Airwallex may be underestimating the regulatory hurdles ahead. Given Sino-U.S. tensions, the company's links to China may come to the fore as it expands in the U.S. Tencent is a key backer of Airwallex and is mentioned on the company's website. "By partnering with, and learning from tech giants such as Tencent we can accelerate our vision to build a global digital payment network across all corners of the globe," Airwallex says. Alibaba and Shanghai-based Gobi Partners are also investors in Airwallex.

The Trump administration is reportedly considering restricting the operation of Ant Group and Tencent payment systems in the U.S. for national-security reasons, according to an October Bloomberg report.

More in this category: « Kakao Pay prepares for IPO in 2021 Afterpay is on a hot streak »
back to top