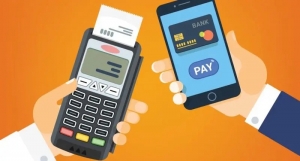 Next to Indonesia, the Philippines is perhaps the most exciting emerging market for fintech investment in Southeast Asia right now. Like Indonesia, the Philippines is an island archipelago nation with a large unbanked population – 47% of the adult population – and geography that makes physical bank branches impractical in many cases. The Covid-19 pandemic has meanwhile accelerated digitization of financial services in the Philippines, a trend that looks to be irreversible. All these factors have converged to facilitate rising investment in the country’s fintech sector, with several key big-ticket deals already closed just a month into 2022.

Digital payments in the Philippines still account for just 20% of overall retail payments per 2020 figures, but the country’s central bank, the BSP, is confident that it can reach its goal of 50% by 2023. While the data for 2021 are yet to be announced, it is reasonable to assume that there was an expeditious increase in payments made online last year.

Helping to drive the digital payments boom is surging fintech investment, both in e-wallet ecosystems like those operated by Alibaba-backed GCash and Tencent-backed PayMaya, and the actual licensed digital banks. Since the BSP has emphasized it will stop accepting digital bank license applications for the time being, firms who want a bigger slice of the digital finance pie will have to do so either without such a license or by cooperating with a company that already has one.

Two key Philippine fintech investments have occurred in recent weeks that could point the way forward. In late January, Manila-based GrowSari, which helps MSMEs grow and digitize, announced that KKR would lead a Series C round with a US$45 million investment. GrowSari will use the money to expand domestically and launch new products. The company’s niche is the Philippines’ many mom-and-pop shops that often lack the capability to build digital payments infrastructure on their own. Compared to retail payments, B2B in the Philippines is somewhat less crowded, an advantage for GrowSari.

Also in January, the Philippine buy now, pay later (BNPL) startup BillEase announced it had raised US$11 million in a series B round led by Burda Principal Investments. The company provides cardless options for buyers who want to pay in installments, offering up to 40,000 pesos (US$777) in credit per user. BillEase also works with merchants, allowing them to accept installment methods as a mode of payment. It says it currently has more than 500 merchants customers.

Payment gateways Xendit, Paynamics, 2C2P, Dragonpay and BUX also offer BillEase’s BNPL service, while the company has an app through which it is possible to apply for personal loans. The app can also be used to top up digital wallets like GCash, PayMaya and GrabPay as well as mobile phone and gaming credits.

More in this category: « Philippines steps up payments digitization Why is PayPal struggling? »
back to top