Indonesian e-wallet Dana gets big shot in the arm from Sinar Mas, Lazada 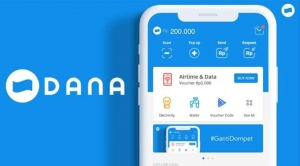 It has been a long time since we heard anything from Dana, the Indonesian Ant Group-backed e-wallet. In the past few years as many big Asian tech firms have invested in incumbent Indonesian banks, intending to refashion them as digital lenders, standalone e-wallets, lacking banking licenses, have been at a disadvantage. Yet Dana may be able to carve out a niche within the ecosystem of Alibaba and the local conglomerate Sinar Mas following the purchase by Lazada of US$304.5 million worth of its shares from existing shareholder Emtek Group and its receipt of a fresh US$250 million investment from Sinar Mas.

Dana plans to use the fresh capital to launch more digital financial services, including lending, wealth management and insurance. We reckon it will eventually be able to move into segments that require a formal banking license because of the Sinar Mas investment. The conglomerate has numerous subsidiaries in the financial services sector, including Bank Sinarmas and Sinar Mas Insurance.

To that end, the deal is broadly in line with the trend in Indonesia’s financial sector for large tech companies and conglomerates team up in digibanking. In fact, the conglomerate Emtek is already a major investor in Dana.

Dana has a large existing user base that it can leverage as it expands its range of digital financial services. The company says that it has more than 115 million registered users in Indonesia and processes about 10 million transactions per day. By at least one metric, from data.ai, Dana was the most downloaded finance app in Indonesia in 2021.

The new investment in Dana also represents part of a renewed push by Alibaba and its subsidiaries in Southeast Asian fintech. Once viewed as a possible gambit to create an Ant-backed regional cross border payments ecosystem, the slew of investments now looks less ambitious – more of a straightforward effort by Ant to find ways to grow outside of its home market at a time when Chinese regulators remain circumspect about the broader internet economy. In June, Ant launched a digital bank in Singapore that will focus on serving SMEs.

At the same time, Dana now has access to Lazada’s vast e-commerce ecosystem, which includes 30 million users in Indonesia. Dana might become a preferred e-wallet on Lazada, and could add various financial services on top of payments – as Alibaba did in China – which it can access through Sinmar’s subsidiaries to Lazada customers. There are surely plenty of opportunities for SME lending with Lazada merchants.

More in this category: « Stripe is gradually growing its APAC footprint Ant Group eyes Southeast Asia payments once again »
back to top