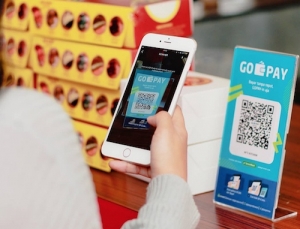 Gojek began more than a decade ago as Indonesia's answer to Uber. It since has evolved into a large platform company with super app ambitions. For Gojek, the key to becoming Indonesia's dominant app lies in mass monetization of its e-wallet services. The trouble is, that's easier said than done. Indonesia has a surplus of e-wallets all trying to cash in on the booming segment. User loyalty is shaky.

Subsidies tend to be the most surefire way to build a large user base.By some estimates, GoPay is indeed Indonesia's most popular digital wallet. iPrice and AppAnnie reckon that GoPay was downloaded more times than any other e-wallet between the second quarter of 2019 and 2020, and had the most organic users.

However, several strong competitors stand in Gojek's way: Grab-backed Ovo and LinkAja as well as Ant Group-backed Dana. Gojek reportedly lost out to Grab in the bidding for LinkAja, which has deep ties with several of Indonesia's largest incumbent lenders. Now Grab can tap LinkAja's vast network in Indonesia's tier 2 and tier 3 cities while continuing to challenge GoPay with Ovo, the No. 2 e-wallet in Indonesia by downloads.

Besides Ovo, LinkAja and Dana, GoPay has to contend with a slew of other e-wallets, such as Shopee Pay, CIMB-backed i.saku, JakOne Mobile Bank DKI, Doku, Sakaku, and Paytren. In total, there roughly 37 e-wallets operating in the market.

In 2019, Indonesia's payments transactions increased 78% on an annual basis in terms of volume, while the value of transactions rose more than 300%, Bank Indonesia found.

Meanwhile, just because Grab and Gojek have called a cease-fire in the subsidies war, that doesn't mean other firms will follow suit. In fact, for ShopeePay the Ovo-GoPay truce is a perfect opportunity to aggressively capture new users. Once those users are plugged into the Sea Group ecosystem, which includes gaming, e-commerce and fintech, they may find they are not eager to leave. Entertainment and shopping are stickier than ride hailing and food delivery.

Gojek's tie-up with Facebook might help it break through the impasse, but only with adroit integration of the ride-hailing firm's app with both Facebook and WhatsApp. Gojek must boost the stickiness of its app by creating a digital services ecosystem that its users don't want to leave. Neither ride hailing nor food delivery is capable of offering that type of user experience because they are not fun to use.

Ultimately, without large-scale consolidation in the market, GoPay will have to start burning cash again to subsidize user acquisition. Margins will be compressed. There may still be a path to profitability, but not the type of profits that can justify Gojek's US$12 billion valuation.

More in this category: « Why did Grab invest in LinkAja? ShopeePay's Indonesia surge is turning heads »
back to top