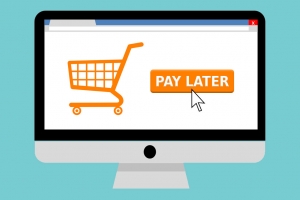 What goes up must come down, right? Usually, yes, but with fintech startups the "up" can sometimes go on for so long that one wonders if the "down" is inevitable. This holds especially true for the buy now, pay later (BNPL) segment, which is now ascendant in India. The scale of BNPL’s growth in the subcontinent is something to behold. Indian research firm Redseer predicts that the market will reach US$45 billion to US$50 billion by 2026, an exponential increase from US$3 billion to US$3.5 billion now.

That forecast sounds bullish, but it aligns with data reported by some of India’s major BNPL providers. For instance, in a new report payment gateway RazorPay said that its BNPL business grew by 569% in 2020 and 611% in 2021. For its part, MobiKwik has seen its BNPL business double over the past two years. In the 2021 fiscal year, MobiKwik said income generated by BNPL segment accounted for about 20% of its 3.01 billion rupees (US$40 million) in revenue.

No other major Asian market is seeing BNPL grow on this scale. In a nutshell, India has everything installment payments needs to thrive:, an enormous need for credit yet low credit card penetration, a growing digital payments ecosystem and light regulation. On that last point, India has no specific BNPL regulatory framework, and because the amounts borrowed are typically modest, regulators are not yet concerned about widespread defaults.

At FinTech Festival India in early March, BharatPe CEO Suhail Sameer described “a massive opportunity” for the BNPL ecosystem among India’s consumers without credit cards. It is estimated that just 5-7% of the Indian population has a credit card, and that credit cards make up just 6.5% of total cards circulating in the country.  Sameer noted that while India has 2.5 million card terminals, it has 25 million QR code terminals that can be used for BNPL payments among other things.

Low credit card penetration creates a fundamentally different market dynamic than in Australia, where the once-red hot BNPL sector is deflating fast as regulators move in for the kill. Australia has about 14.8 million cards in circulation, nearly one for every adult. Yet in recent years, it has become harder to get approved for one. A Finder survey published in October 2020 found that about 8% of Australians had been rejected when applying for a card, with the top reasons for rejection being a lack of steady income, poor credit or too much debt. No wonder why some people are turning to BNPL. The approval process, when there is one, is less strict. BNPL firms in Australia have been accused of targeting customers who cannot afford the installment payments.

BNPL plays a more important financial inclusion role in India, where per-capita GDP is around US$1,900 (compared to US$60,000 in Australia). Cognizant of its utility in this regard, regulators are treading carefully for now.

More in this category: « Why is PayPal struggling? Australia’s Zeller finds that it pays to bet on SMEs »
back to top