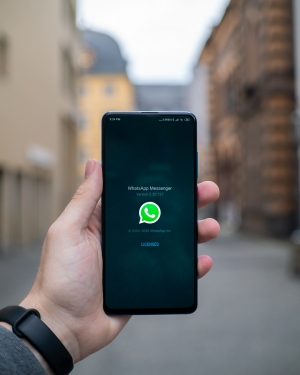 Libra is the most visible profile prong of Facebook's fintech offensive, but it may not be the most important. Not for now, anyway. U.S. officials and regulators remain circumspect about Facebook's digital currency project. Facebook has a long way to go before it wins their trust. In Asia, Facebook has a seemingly simpler task: Roll out the digital wallet of WhatsApp to monetize its large regional user base, concentrated in India and Indonesia. That's proving to be difficult too though.

With 400 million WhatsApp users, India is the app's largest market. Given its large Indian user base and the country's steady adoption of cashless payments, Facebook is understandably eager to launch WhatsApp Pay in the subcontinent. Indian regulators, however, have not given WhatsApp Pay a warm reception. Alleged concerns about data storage have already delayed its launch by several years. In November 2019, the Reserve Bank of India (RBI) told India's Supreme Court that it had ordered the National Payments Corporation of India (NPCI) to hold up WhatsApp Pay's launch as the company had yet to comply with requirements that data be stored locally.

In late April, India's Economic Times reported that WhatsApp Pay told the NPCI that it would comply with all local regulations for payment companies by May. As The Economic Times used an anonymous source, it is difficult to verify the accuracy of the report, but suffice to say that we've heard this story before.

Despite the red tape, WhatsApp Pay has made some incremental progress in India. It has launched a pilot for 1 million users, although regulators denied the company permission to increase the size of the program to 10 million.

Additionally, Facebook recently announced it would invest $5.7 billion in India's Reliance Jio Platforms, a subsidiary of Reliance Industries, India's largest company by market capitalization and revenue. In line with that Facebook investment, Reliance's e-commerce provider JioMart is currently testing an ordering system that allows users of the company's business WhatsApp business account to buy everyday items like cooking oil, rice and tea through the app. Of course, since the digital wallet is not yet enabled, users must pay for the purchase at a physical JioMart store, where they present an invoice from WhatsApp.

Indonesia is another key market for WhatsApp that's proving tough to penetrate. With 100 million WhatsApp users, Indonesia has huge potential for the U.S. company. But Indonesian regulators have their concerns about foreign fintech giants too, as China's WeChat Pay and Alipay have learned. In January, Indonesia's central bank finally approved WeChat Pay to operate in the country after a lengthy review process, and the Chinese payments giant must must work with a local partner: Bank CIMB Niaga. Alipay has yet to be approved to operate in Indonesia.

Local payments firms have reportedly approached Indonesian regulators to inquire about preliminary approval for partnering with Facebook, but have yet to submit a formal application.

More in this category: « How did Airwallex raise US$160 million during the COVID-19 pandemic? TransferWise steps up international expansion amid pandemic »
back to top