How will GCash use its US$175 million capital injection? 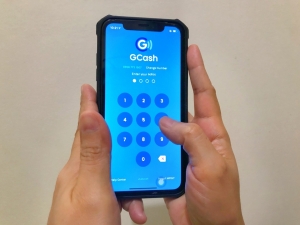 While many countries have experienced a surge in cashless payments during the pandemic, for the Philippines fast-tracking the financial sector's digital transformation is a game changer. The reason is that the Philippines is a fast-growing, highly connected and populous country (108 million people) that lacks payments incumbents. There are no entrenched credit card companies in the market. That means ascendant e-wallets like Mynt's GCash have the chance to become dominant players in one of Southeast Asia's largest emerging markets.

Ant Group-backed GCash is one of the leading digital wallets in the Philippines. The 10 million downloads it recorded from January-September 2020 were the most of any finance app the Philippines, according to analytics firm AppAnnie. User growth increased more than 130% over that period. GCash says that its total registered users grew to 33 million in 2020 from roughly 20 million in 2019 while gross transaction value reached a record 1 trillion pesos ($20.8 billion).

Earlier this month, GCash announced it had raised more than $175 million in capital from the private equity fund Bow Wave Capital Management. Following that large fundraising round, GCash is now valued at close to US$1 billion. Bow Wave Capital's investment reduces the stake held by Ant Group from 46% to 40%.

The next step for GCash is to foray into higher margin financial services. There are numerous options on the table, including savings, credit, wealth management and micro-investing. It will be essential for GCash to move beyond payments if the company expects to reach profitability anytime soon. While its growth is impressive, the usual caveats with e-wallets apply: low margins, subsidy-fueled user adoption, and an uncertain value proposition.

Interestingly, the company does not plan to apply for a digital bank license in the Philippines. Instead, it aims to become a platform for other financial institutions. That sounds a bit like Ant Group's "techfin" strategy in China. And we know how that worked out. GCash should keep in mind that if a "platform" looks like a bank and acts like a bank, it probably will be regulated like a bank.

Platform companies with fintech arms like Grab and Gojek have a presence in the Philippines, but GCash's strongest competitor is actually another local company: PayMaya, Voyager Innovations' fintech arm. In April 2020, Voyager raised US$120 million in funding from Philippines' telecoms giant PLDT, Tencent, KKR and IFC World Bank for PayMaya's expansion.

More in this category: « Momo aims for digibanking dominance in Vietnam Where is the exit ramp for Grab? »
back to top