How is Zip’s global expansion shaping up? 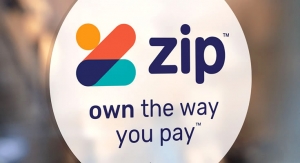 With the Australian buy now, pay later (BNPL) segment increasingly crowded, some of the biggest players are searching for greener pastures overseas. While Afterpay has been the most aggressive in terms of global expansion, its rival Zip (Australia’s No. 2 pure-play BNPL firm) is catching up. Having already expanded to New Zealand, the U.S., Canada, Mexico and the UK, Zip is now foraying into Africa with the acquisition of South African payments startup Payflex.

With the exception of Mexico, Zip has been focused thus far on expansion to markets similar to Australia’s: advanced economies. South Africa is considered an emerging market. It thus offers both different opportunities and presents a different set of challenges. Roughly 75% of the South African population is banked, considerably lower than in all of Zip’s markets except for Mexico, while just 14% of South Africans have credit cards. That means Zip has a chance to become a primary payment method for many South Africans, not just young millennials and Gen Zers as in advanced economies.

For savvy credit card holders, BNPL has limited appeal. After all, the best credit cards offer rewards such as airline miles (they will be useful again one day) and gratis or discounted hotel stays, and there is no interest if the balance is paid in full each month. So why bother with four interest-free installment payments from a BNPL provider? For cashback, maybe, but it’s less attractive than the rewards that accumulate over time.

However, for those who may not be able to afford a large purchase in one payment, provided that they can pay each installment on time, BNPL can be a good option. Such customers are plentiful in emerging markets like South Africa.

However, for now, it appears that Zip’s BNPL services will only be available through American Express, Visa and Mastercard. This arrangement appears to be linked to Payflex's original payment rails in South Africa, which have thus far relied on Visa and Mastercard. However, one does not have to be a Visa or Mastercard credit card holder; debit cardholders also can use the service, and debit cards are much more prevalent than credit cards in South Africa.

At the same time, Zip will be able to draw on the resources of a local BNPL player with 1,000 merchants in its network, among them leaders in the South African market such as Superbalist, Cotton On and Runwaysale. While Payflex’s customer total is modest at 135,000, that is more than a fivefold increase over the 25,000 it had in August 2020.

Once Zip has established a strong foothold in South Africa, it is likely to foray into other markets on the continent.

More in this category: « Vietnam’s e-payments market heats up Can Mynt compete against Philippine digibanks? »
back to top