How is BNPL developing in Southeast Asia? 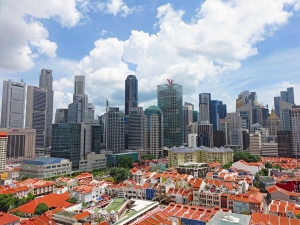 Buy now, pay later is taking the payments world by storm in Europe, the United States and Australia. Firms like Klarna, Afterpay, Sezzle and PayPal (with its "Pay in 4" product) are tapping strong consumer demand for interest-free installment payments. In Southeast Asia, however, BNPL remains at a nascent stage. None of the big BNPL players have launched their services in the region yet. There are some promising local startups though.Singapore-based hoolah is one of Southeast Asia's ascendant BNPL startups. In March, Hoolah raised an undisclosed eight-figure sum in its Series A round. Hoolah will use the cash to expand regionally. Investors participating in the round included venture-capital firm Allectus, iGlobe Ventures, Genting Ventures, former Lazada group CEO Max Bittner, and FNZ CEO Tim Neville.

Hoolah has been in Singapore since 2018 and works with merchants including HipVan, Castlery, Sennheiser and Skin Inc. The firm charges merchant-partners a fee for every successful transaction. Hoolah's BNPL service lets shoppers make purchases in three interest-free monthly installments. The company's key customer segments are youngsters (aged 18-26) who are not yet able to qualify for a credit card, some 26 to 35-year-olds and gig-economy workers. The latter segment likes using hoolah because the workers do not receive fixed salaries.

Hoolah enjoys a first-mover's advantage in Singapore. In an interview with Vulcan Post last year, co-founder and COO Arvin Singh explained why BNPL has been slow to arrive in Southeasts Asia. “There’s a high degree of complexity of achieving a seamless checkout experience while managing a flexible payment solution that includes risk management, consumer payback, direct merchant integration, merchant side funding and the commercials," he said.

In September, hoolah launched its BNPL service in Singapore's physical retail stores, where it sees an opportunity to grow sales as the pandemic eases in the city-state. To use the service, customers scan a QR code at the point of sale with hoolah's app. They then enter the total order amount, which is divided into three monthly payments.

Hoolah launched in Malaysia earlier this year and plans to expand to Hong and Thailand before the end of 2020.

Meanwhile, of the major global BNPL players, Afterpay is likely to be the first to expand to Southeast Asia. The Australian firm is reportedly mulling the acquisition of EmpatKali, which like hoolah is based in Singapore, but is focused on the Indonesia market. EmpatKali has "an established, albeit, very early stage position in Indonesia,” Afterpay's CEO Anthony Eisen told Reuters.

More in this category: « Ant Group's global prospects hinge on Southeast Asia GCash sees surge in downloads and transaction volume »
back to top