How has Ovo become one of Indonesia's top digital wallets? 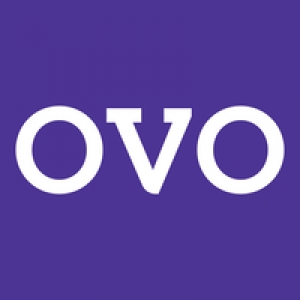 When it comes to Indonesia's digital wallets, Go-Jek's Go-Pay captures many of the headlines. After all, Go-Jek is Indonesia's most prominent unicorn, valued at US$9-10 billion. It's battling Singapore's Grab across Southeast Asia, burning piles of cash as investors rush to join the next round of fundraising. Speculation about a Go-Jek IPO is mounting.

Yet Indonesian consumers prefer a different digital wallet, according to local research firm Snapcart. Data compiled by the Indonesia-based company show that Ovo, backed by Grab and the Lippo Group, is the top Indonesian mobile wallet by a wide margin. Ovo holds a 58% market share, compared to Go-Pay's 23% and Emtek Group and Ant Financial's DANA, a distant third at 6%.

The survey interviewed 1,800 respondents across six Indonesian cities, so it's far from comprehensive. Still, the results are not favorable for Go-Jek, which should be more than able to hold its own against Grab on its home turf.

At stake is an enormous potential market: Indonesia has a population of 250 million people, the largest in Southeast Asia and third in Asia overall after China and India. The Asian Banker has found that Indonesia's digital payments reached $3.32 billion transaction value by the end of 2018, up 380% year-on-year and more than double what analysts had forecast. Transaction value could nearly quintuple to $15 billion by 2020.

Analysts say that Indonesian consumers prefer Ovo because it is widely used by retailers, transportation companies, e-commerce platforms and bill payment services, which are among the top applications for digital payments in Indonesia.

Ovo is particularly strong in both offline retail and e-commerce. 63% of the survey's respondents prefer Ovo for retail transactions in physical stores, compared to Go-Pay's 28% and Dana at 7%. For online shopping, Ovo does even better, with a 70% market share. Go-Pay is far behind at 18%. Dana had just an 11% market share.

Like Go-Pay (which began as a ride-hailing app), Ovo didn't begin as a digital wallet. It started out as a loyalty app aimed at the shoppers in the Lippo Group's 70 malls across Indonesia, noted Tech In Asia in a May report. Having access to Lippo's shoppers has always been a big advantage for Ovo. The company said Ovo is now available in 90% of Indonesia's shopping malls.

More in this category: « Digital payments steadily rising in Philippines, led by GCash and PayMaya How is China influencing Cambodia's fintech development? »
back to top