How did Indonesia’s Xendit become a unicorn? 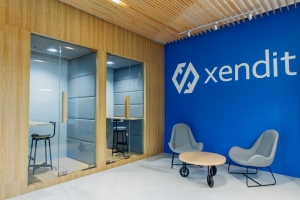 Jakarta-based Xendit is Southeast Asia’s latest fintech unicorn, hitting a US$1 billion valuation after a Series C fundraising round that raised US$150 million led by Tiger Capital Management with participation from returning investors Accel, Amasia and Goat Capital. It has now raised a total of US$238 million. Xendit is best known for its digital payments infrastructure.

Founded as a peer-to-peer payment service in 2015, Xendit calls itself a “payment gateway” and serves customers both in its home market of Indonesia as well as the Philippines. What sets the company apart from many other payments players is its focus on the B2B market. In Southeast Asia, there are not a huge number of companies that focus solely on the B2B market. Some competitors of Xendit include PayMongo and Midtrans.

Businesses pay a fee, fixed or a percentage, to use Xendit to accept and send payments, receive business financing and manage taxes. The company’s digital payments infrastructure features no-code integrations that can allow a user to go live in as little as four hours. Large corporations currently account for 80% of payments that go through these no-code integrations and small and medium-sized enterprises 20%, Moses Lo, Xendi’s co-founder and CEO, told Tech In Asia in April.

While retail is often the holy grail for payments, it is a terribly expensive endeavor because of the necessity of subsidizing customers’ purchases and the sheer number of competitors. Most e-wallets will not reach the requisite scale for the business to be profitable and will either exit that market segment, like Hong Kong-listed Razer, or choose consolidation, as Gojek and Tokopedia are doing. With its B2B focus, Xendit cannot scale up as quickly but is somewhat insulated from cutthroat competition in the retail segment.

Xendit has been growing fast. As of April, its revenue had grown at an annual clip of 700% over the past five years and it was processing 65 million transactions of US$6.5 billion per year. In a recent press release, the company’s co-founder and COO, Tessa Wijaya, said that Xendit has “seen more than 200 percent year-over-year increase in total payments volume across Indonesia and the Philippines, continuing our track record of more than 10 percent month-over-month growth since our inception.”

The Jakarta-based firm has not only benefited from its B2B niche, but also the accelerated digitization of financial services since the start of the coronavirus pandemic. This trend has been evident across Asia Pacific, but perhaps more pronounced in economies where existing financial infrastructure is inconsistent, such as Indonesia and the Philippines. Both countries have significant unbanked populations – especially in their large rural regions – and prior to the pandemic relied overwhelmingly on cash transactions.

The geography of both countries is challenging from the standpoint of traditional financial services as it is not always practical to set up bank branches in far-flung locales. Xendit alluded to this point in its press release, noting that the region has more than 23,000 islands.

Looking ahead, Xendit plans to use the funding from its Series C round to support further regional expansion, likely in Malaysia and Vietnam.

More in this category: « Nium accelerates global expansion Why are Singapore and India linking their digital payment systems? »
back to top