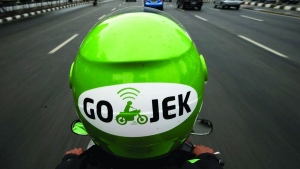 Ride-hailing giant Gojek is stepping up its super app play with new fundraising and the purchase of a stake in Indonesian conglomerate Lippo’s retail unit, MPPA. Earlier in May, Indonesian celluar operator Telkomsel, a subsidiary of state-owned communications giant PT Telkom Indonesia, said it would invest an additional US$300 million in Gojek. Shortly thereafter, a filing on the Indonesian Stock Exchange revealed that Gojek paid 144.85 billion rupiah (US$10.2 million) for a 4.76% stake in MPPA.

Gojek’s business strategy is becoming increasingly clear: Go all in on its home market of Indonesia, while putting international expansion on the back burner. The recent fundraising, the stake in Lippo’s retail unit and the imminent merger with fellow Indonesian unicorn Tokopedia are all integral to Gojek’s strategy. It is a different playbook than that of Gojek’s rivals Sea Goup and Grab. Those two firms are based in the tiny Singapore market and are trying to build scale across Southeast Asia, including in Indonesia, the region’s largest economy, but also in Vietnam, the Philippines and Thailand.

With regards to the merger, Gojek and Tokopedia need to pick up the pace before Sea leaves them in the dust. The sky is the limit for the Singaporean internet services company’s fundraising on the NYSE, and it has been spending heavily to subsidize Shopee’s growth in Indonesia, while also snapping up incumbent lender Bank BKE. Once Grab lists on the Nasdaq, it will be in a similar position.

That said, Grab and Sea both have costly operations in multiple Southeast Asian markets, whereas Gojek and Tokopedia (likely to be called GoTo after the merger) can focus squarely on their home market, where they better know the territory, whether consumer preferences, logistical challenges or regulatory quirks.

By taking a stake in Lippo’s retail group, Gojek can likely boost its payments business and foray into physical retail, which would dovetail with its push into e-commerce in the merger with Tokopedia. MPPA operates 208 retail and grocery stores across Indonesia under seven brand names, the largest being Hypermart (100 stores). Other brands include wholesaler SmartClub, health and beauty retailer Boston, Foodmart, Primo, FMX and Hyfresh.

Although the pandemic continues to rage in many countries, physical retail is likely to make a comeback eventually as vaccination rates climb and case numbers fall in tandem. For all its convenience, e-commerce has many limitations in terms of the shopping experience it can offer to consumers, especially for items that are hard to evaluate virtually.

More in this category: « PayNow and PromptPay linkage goes live Profitability elusive for Taiwan's leading e-wallets »
back to top