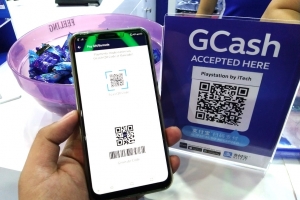 By at least a few metrics, Ant Group-backed GCash is the Philippines' top e-wallet. GCash, a subsidiary of the Globe Telecom-owned fintech startup Mynt, recorded 10 million downloads in the first nine months of the year, more than any other finance app, according to analytics firm AppAnnie. User growth rose 130% over that period. GCash expects transaction volume to reach P1 trillion this year, an amount that it took the company the three previous years combined to reach.

GCash's torrid growth is coming amid the Philippines' broader accelerated shift to cashless payments this year. But the wallet does have some strong fundamentals. One is that it can tap the resources of Globe Telecom, the Philippines' largest mobile network operator. Globe has close to 100 million subscribers.

Additionally, GCash does not require a minimum account balance, an attractive feature in a country where median incomes are still low. Many traditional banks in the Philippines charge a monthly fee to account holders who fail to maintain the minimum balance. At the same time, GCash partners with CIMB Bank Philippines on a digital savings account that offers a 3.1% interest rate.

GCash also has partnerships with American Express and Mastercard. The GCash AmEx card is a virtual credit card that allows users to shop with GCash online locally and internationally. The GCash Mastercard, available for P150 at convenience stores, can be used to withdraw cash from BancNet ATMs or shop online.

"This funding boosts PayMaya’s ability to reach more Filipinos, especially as access to digital financial services becomes even more important," Orlando B. Vea, CEO and founder of Voyager, said in a statement.

PayMaya has been focusing on the SME market during the pandemic. The company says it is providing up to P60 million to help small businesses digitize as consumers reduce cash payments. Per PayMaya's data, it processed 300% more cashless payments in retail outlets in September compared to the same period a year earlier.

More in this category: « How is BNPL developing in Southeast Asia? Fintechs could boost pandemic-hit remittances in Asia »
back to top