Fintech in name only 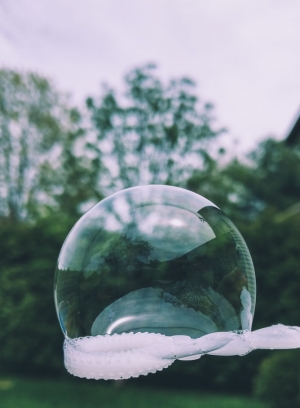 Ardent fintech investors swear that in fact, there is no fintech bubble. Their reasoning is simple: Traditional financial services is ripe for disruption, perhaps a bit like physical retail in the fledgling days of e-commerce. Demand for alternative digital-first banking services is real. In some emerging markets, banking levels are so low that fintechs have a chance swoop in and gain a foothold from the ground up.

And yet, there are signs that the fintech hype is reaching a feverish pitch. For instance, Asia's biggest ride-sharing firms, Singapore's Grab and Indonesia's Go-Jek, decided rather suddenly that their true calling was to be digital banks. Their backers must believe that, because they keep giving them more money for expansion. Uber, which once billed itself as the future of transportation, has ditched self-driving cars for now and instead is reportedly considering a move into digital banking. We can be sure about one thing: Uber is not a taxi company, definitely a technology company, and maybe even a fintech company.

It is amidst this fintech fever that credit card companies, whose core customers are mostly middle aged and elderly, want to reposition themselves to attract more millennials. Tie up with a financial technology company and that just might be possible. Or failing that, ink a deal with a tech company and/or bank and call the new services fintech.

That's what Visa did in its partnership with Southeast Asia's leading travel startup Traveloka and Indonesia’s PT Bank Rakyat Indonesia Persero Tbk. The three companies will issue a co-branded credit card linked to the booking services of Traveloka, whose backers include Expedia and JD.com.

Traveloka is present in Indonesia, Malaysia, the Philippines, Thailand, Singapore and Vietnam. Under the terms of the deal, customers will be able to tap Visa's network to the card both in Indonesia and globally.

Media reports about the deal describe Traveloka as moving into fintech. "In anything we do in financial services, we will always look to go with strong partners,” Traveloka president of operations Henry Hendrawan told Bloomberg in a September interview, adding that the card was just one part of "a fintech business" to support Traveloka's hospitality services.

However, all Traveloka has done is partner with a traditional bank and credit card company. Would it be accurate to say that Hyatt, which has a co-branded credit card with Chase Bank and Visa, is in the financial services business? We would say that Hyatt has a loyalty program together with Chase and Visa.

Come to think of it, Chase also has a similar partnership with Marriott and Visa. AmEx has partnerships like this too, with both Hilton and Marriott. Perhaps the hotels have been in financial services all along and just haven't realized it.

More in this category: « Taiwan steps up cashless payments campaign Digital payments sector heats up in Malaysia »
back to top
© 2007 - 2021 Kapronasia