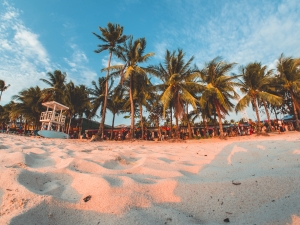 The Philippines is steadily adopting digital payments as part of a state-led drive to boost financial inclusion. The number of active e-wallet accounts in the country rose 22% annually in 2018 to reach 33 million, according to data compiled by Bangko Sentral ng Pilipinas (BSP), the Philippines' Central Bank. E-wallet growth last year edged out credit card growth, which rose 18% to 9.4 million users compared to a year earlier.

The Philippines is poised to reduce its dependency on cash - which accounted for 99% of transactions in 2018 - thanks to high smartphone penetration, strong demand from a large unbanked population and consumer willingness to bank digitally. Additionally, with their low barriers to entry, digital wallets are a good way to support financial inclusion.

The BSP forecasts that digital transactions could reach roughly 20% of local payments by 2020, while Rappler reckons that e-wallets will grow from 2017-2022 at a compound annual growth rate of 117%.

Executives at PayMaya, the fintech arm of Voyager Innovations and one of the Philippines' most popular mobile banking apps (1 million downloads from Google Play), say that e-wallets appeal to Filipino consumers because of their convenience, lack of fees and add money feature. In a statement, PayMaya director and head of consumer business Kenneth Palacios described e-wallets as fast becoming Filipino consumers' "top payment method."

In Boracay, a popular resort island south of Manila, PayMaya recently established a cashless QR code-based ecosystem that allows visitors to pay for transactions with their mobile phones at hundreds of points of sale, including restaurants, hotels, micro-sellers, transportation providers and merchandise vendors. That move follows the company's establishment of “cashless communities" in La Union, Baguio, Cebu and General Santos.

A major selling point for GCash, a subsidiary of the Globe Telecom-owned fintech startup Mynt, is that does it not require a minimum account balance. Many of its traditional banking competitors charge a monthly fee to account holders who fail to maintain the minimum balance.

With its huge telecoms user base and competitive fee structure, it is no surprise that GCash is the Philippines' top mobile wallet with 20 million users. The company has moved to solidify its leading market position by partnering with credit-card giants American Express and Mastercard. The GCash AmEx card, unveiled in 2018, is a virtual credit card that allows users to shop with GCash online locally and internationally. The GCash Mastercard, which can be purchased for P150 at convenience stores, can be used to shop online or withdraw cash from BancNet ATMs. Users do need to have a bank account to be eligible for the GCash Mastercard, just a GCash account.

“By making the GCash Mastercard available in convenience stores nationwide, we are democratizing access to yet another financial service that has been unreachable for the majority of Filipinos for decades,” Fred Levy, Mynt's chief commercial officer for Transfers, said in a July statement.

More in this category: « Merger of Vimo and mPOS shakes up Vietnam's mobile payments market How has Ovo become one of Indonesia's top digital wallets? »
back to top