Covid could fast-track cashless adoption in the Philippines 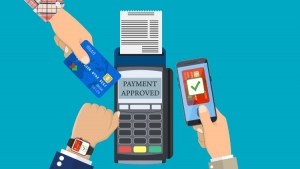 The Philippines has not raced to go cashless. Efforts to digitize the financial system got underway nearly two decades ago, but have made limited inroads. Cash still accounts for 90% of transactions, according to the Better than Cash Alliance, and looked like it was going to remain dominant - until the pandemic. Within a few months, the payments landscape has changed dramatically in the Philippines, with digital payments emerging as a must-have.

At the end of the day, people who have bank accounts and are thus included in a country's financial system choose the payment methods with which they are comfortable. Unfamiliarity with digital payments is the main reason such people stick with cash.

During the pandemic, much of the Philippines has been under strict lockdown, reducing opportunities for cash transactions. Even when people pay for items in retail stores, they are concerned about physical contact. Swiping a mobile wallet and paying by QR code or NFC results in less contact than handing paper notes and coins to a cashier.

Alibaba-backed GCash, one of the Philippines' leading mobile wallets with 20 million registered users, said payments made on its platform rose 700% year-on-year in May. About 63,000 stores accept GCash in the Philippines.

That's just the tip of the iceberg. GCash plans to partner with the government to install scan-to-pay systems in taxis. Passengers will pay by scanning QR codes displayed on fare meters with their smartphones.

If that initiative is successful, GCash will widen its lead over competitors like GrabPay. In fact, although Grab's ride-hailing services are app-based, many passengers in the Philippine still pay for them with cash.

According to Ney Villasenor, GCash's vice president and chief corporate affairs officer, as demand for GCash's services surge, the company is boosting its digital infrastructure and strengthening its partnership with Ant Group. "Before the 'new normal,' payment through QR codes and apps like GCash were deemed optional. Nowadays, having a digital wallet is considered necessary," Villasenor wrote in a July commentary published in The Business Mirror.

PayMaya, another of the Philippines' top digital wallets, is involved in several QR code-based payment initiatives as well. PayMaya is cooperating with the Makati Medical Center, facilitating payment for telemedicine services. It is also working with the city of Manila to enable QR code payments at cashless stalls near Manila City Hall and the bargain shopping market Divisoria, the city’s popular bargain shopping market.

Further, major fast-food restaurants in the Philippines such as McDonald’s and KFC use PayMaya's digital payments solutions, which include point-of-sale devices, a digital payment gateway and digital invoicing.

Meanwhile, TendoPay offers consumers digital payments installment plans ranging between 15 days and 24 months that can be used at the Philippines' 2,900 7-Eleven stores.

More in this category: « Can Airwallex disrupt the global payments system? Indonesia's digital wallets benefit from e-commerce surge »
back to top