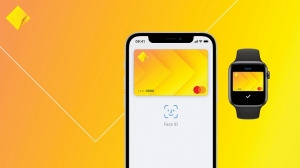 Can buy now, pay later (BNPL) get any hotter in Australia? Judging by Commonwealth Bank of Australia's (CBA) foray into the market, yes, it can. CBA's move comes less than two weeks after PayPal announced it would enter the market. CBA is the first of Australia's big four banks to roll out a BNPL product, and it likely will not be the last. The product, CommBank BNPL, will be available to four million of the bank's retail customers for transactions up to AU$1000 from mid-2021.

CommBank BNPL will feature a digital Mastercard that will allow customers to pay in four bi-weekly interest-free installment payments with their digital wallet, including Apple Pay. Compared to Afterpay, CBA's BNPL product can be used for a larger variety of transactions, such as grocery shopping and household bills.

CBA will aim to undercut Afterpay by not charging merchants transaction fees on BNPL purchases. Such fees are typically 4% of a transaction and "are costing Australian businesses hundreds of millions of dollars a year," the bank said in a press release.

The press release noted that recent research by RFi Group found that 76% of Australia's current BNPL users are interested in using such a service from their main bank, adding, "BNPL users feel a bank-provided BNPL service would be more secure and reliable."

It was only a matter of time before Australia's incumbent banks sought a piece of the BNPL action, the hottest segment of Australia's payments industry. BNPL transactions surged 90% year-on-year to 32 million in the 2018-19 fiscal year from 16.8 million, according to the Australian Securities and Investment Commission (ASIC).

Afterpay's rise has catalyed the BNPL segment's rapid development. The firm's share price was trading at 75 times sales in February, making it one of the priciest technology companies in the world. Yet after hitting a peak of AU$159 on February 11, Afterpay's stock fell to AU$108 by March 19. Investors may be getting a bit more squeamish about the BNPL sensation as competition intensifies.

To be sure, Afterpay posted solid growth metrics in the six months to December 31. Income grew 89% to AU$420 million, while active users rose 80% to 13.1 million. However, losses widened to AU$76.5 million.

If loss-making Afterpay has to vie against strong BNPL products from PayPal, CBA and perhaps other big incumbent banks, it is unlikely the company can keep growing at the same exponential pace, although its popularity with merchants as a marketing tool will endure. Afterpay generated 45 million leads for global retailers in December 2020, according to Australian Financial Review.

Meanwhile, CBA plans to treat BNPL like credit and perform a credit check on customers. That should not be a problem for existing CBA credit card holders. Afterpay eschews traditional credit checks, instead using algorithms to assess customer risk on a per-transaction basis.

One caveat for CBA's BNPL product: It will complicate the bank's tie-up with Klarna. The Aussie bank has invested AU$350 million in the Swedish BNPL giant and is attemping to integrate with its app. However, Klarna has not caught on in Australia like it has in Europe and the United States.

More in this category: « Why is PayPal entering Australia's BNPL market? Airwallex reaches for the stars »
back to top
© 2007 - 2021 Kapronasia