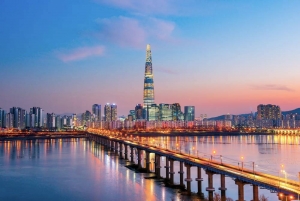 South Korea's digital payments market has grown at a brisk clip amid the pandemic. From January to November, contactless payments rose 17% as businesses and consumers shifted to online transactions, according to the Bank of Korea. E-commerce transactions rose 26% during that period. It is against this backdrop that the Korean startup CHAI sees an opportunity for an API that allows online merchants to accept more than 20 payment systems.

CHAI reckons that it can reduce the hassle that merchants have to go through each time they integrate a new digital payment option. Korea has quite a few of them, from Kakao Pay, Toss, Naver Pay, Samsung Pay, PayPal and Apple Pay to various credit cards. Chai's API l'import is now used by about 2,200 merchants, including Nike Korea and Philip Morris Korea.

On Dec. 10, CHAI announced a US$60 million Series B financing round led by Korean conglomerate Hanwha Investment & Securities. SoftBank Ventures Asia, SK Networks, Aarden Partners and Hashed also participated in the funding round. Chai has now raised a total of US$75 million (the other US$15 million coming from its February Series A round).

"It's a first-of-its-kind business model in Korea, and I have no doubt that CHAI will continue to grow this service into an essential infrastructure of the global fintech landscape," SeungYoung Oh, a director from Hanwha Investment & Securities, said in a press release.

Competing with CHAI in this nascent segment is Rapyd, which entered the Korea market in late October. Rapyd says it is partnering with "leading Korean payment service providers" as well as KCP, PayLetter and others. SENTBE, a fintech money transfer service, is one of the first Korean companies to work with Rapyd's Global Payment Network.

CHAI also operates a digital wallet of its own tied to a debit card which the company says has accrued 2.5 million users since its June 2019 launch. While CHAI has attracted users rapidly, it will have to do a lot better if it wants to catch up to Kakao Pay, which with 34 million users is Korea's top mobile payments provider. Kakao Pay processed a whopping 29.1 trillion won in payments from January to June.

According to Rapyd's Asia Pacific eCommerce and Payments Guide, 36% of South Koreans prefer to pay with mobile wallets. Among respondents to Rapyd's survey, Kakao Pay was the most widely used e-wallet (41%), followed by Samsung Pay (32%), PAYCO (21%), and Toss (21%).

More in this category: « ShopeePay's Indonesia surge is turning heads How long can Afterpay walk on water? »
back to top