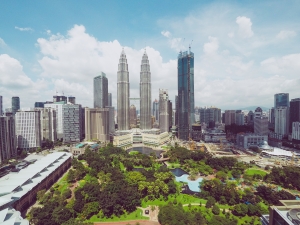 As a near developed country with high financial inclusion, Malaysia is an outlier in Southeast Asia. Like its rich neighbor Singapore, Malaysia's need for fintech is less pressing than poorer underbanked countries like Indonesia, the Philippines, Cambodia or Myanmar. Fintech platforms can facilitate smoother banking for Malaysians, but aren't viewed as a necessity in the country yet. After all, 92% of the population has a bank account and credit cards have a strong foothold.

Axiata Group's Boost digital wallet, established in early 2018, is one of the first Malaysian fintechs to have a demonstrable impact on the country's financial system. Boost's executives say that it is Malaysia's premier digital wallet, with 4 million registered users and 80,000 merchant touchpoints. From January-December 2018, Boost users' average monthly transactions grew fourteenfold, the company says.

Boost has closely allied itself with the Malaysian government's plan to go cashless, while targeting small merchants who traditionally have transacted in cash. Accepting digital wallet payments allows these small businesses to reach a larger variety of customers.

“If you want to be a cashless society, you can’t just focus on the top-tier branded merchants because they already have other payment options like credit cards. You’ve got to focus on the tier-3 and tier-4 merchants," Axiata Digital chief executive officer Mohd Khairil Abdullah told The Star in April.

Boost is gradually building out its digital wallet to provide more services that cater to small merchants' needs. One of those is micro-insurance for their most important electronic devices, such as smartphones and generators. Another service Boost offers is micro-financing for merchants, whose creditworthiness it can evaluate after a certain number of transactions. The average loan size is quite small, about RM3500 or $US838.

One of the keys to Boost's success with Malaysian consumers has been its cash-back feature. It isn't clear how long Boost can afford to subsidize its users' purchases, but for now, the company seems intent on continuing the promotions. In March, it ran a campaign called "No More Bills" which offered RM100 off monthly utility bills for a year to 28 "winners" picked over a 27-day period. Consumers became eligible by paying for at least two different categories of utilities with Boost. From May 14-June 14, Boost is celebrating its new partnership with Shell by offering customers at some Shell stations a RM5 cash-back twice if they spend RM40 or more.

With Malaysia as its base, Boost is targeting expansion throughout Asean. In February, it inked a deal with Singtel’s VIA alliance that will allow Malaysians to use Boost to make payments at 1.6 million merchant partners in Singapore and Thailand. Boost is also present in Indonesia.

A recent capital injection into Axiata's digital services group from Japan's Mitsui Group should provide Boost with funding for additional expansion. The minority investment priced the unit at an enterprise value of $500 million.

"We are targeting our digital businesses to be profitable by 2022," Axiata Group chief executive officer Jamaludin Ibrahim said at a press conference. Axiata expects Boost to be the third unit of the group to turn a profit after ada and Apigate, he said.

In total, Malaysia's central bank has issued 31 e-money licenses, 26 to non-banks. While Malaysia doesn't yet have 31 digital wallets, in theory the nascent market could become even more crowded, intensifying competition. Boost would almost certainly have to increase its cash-back incentives to keep growing. That would take a toll on its bottom line.

Analysts say that consolidation is inevitable in Malaysia's digital wallet market, but its trajectory remains uncertain for now.

More in this category: « WeChat sees Malaysia as its gateway to Southeast Asia Philippines' new digital payments legislation could drive fintech development »
back to top