Can Japan's Line make fintech pay like WeChat has? 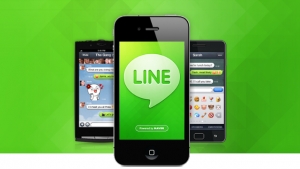 It wasn't so long ago that China's tech firms were panned as second-rate copycats. The best example might be Baidu, the search giant that is often less effective than Google in Chinese-language searches.

Tencent's WeChat messaging app changed the equation, establishing a mobile-internet ecosystem that is the envy of its global competitors. WeChat has over 1 billion monthly users (mostly in mainland China) and is the No. 5 most used app globally. Its payment platform has expanded to 25 countries. Thanks in part to WeChat business Tencent had a strong third quarter in 2018. Revenue reached $11.7 billion, up 24% over a year earlier, while profits rose 20% year-on-year to $3.4 billion.

To be sure, WeChat has benefited from Beijing's helping hand: Facebook, Korea's Kako, WhatsApp and Japan's Line have all run straight into the Great Firewall. But visible hand aside, WeChat's fintech acumen is real. Anyone who has used the WeChat wallet for transactions in China can vouch for that. In September 2017, Tencent launched China's first digital bank, WeBank, which is fully integrated with the WeChat app. It offers lending services online that rival those provided by traditional banks.

The Japanese messaging app Line is now borrowing a page straight out of the WeChat monetization guide in a bid to return to the black. Line booked losses of US$51.7 million in the fourth quarter of 2018 even as its revenue rose 24% to US$1.85 billion. In January, the company said it would invest $182 million in its mobile payments subsidiary, which follows an announcement last year that it would launch a digital bank in Japan.

Line's prospects in its home market of Japan look promising. Of its 165 million monthly users, 78 million are in Japan. Line Pay will grow as the Japanese government pushes the adoption of mobile payments to help prepare Japan for the 2020 Olympics. Line will capture inbound business from China on the back of its partnership with Tencent that allows WeChat users to pay through the WeChat app at Line Pay points of sale. Further, Line is partnering with Mizuho Bank - one of the giants of Japanese banking- to build a digital bank by 2020. Line is also investing in blockchain with Nomura Holdings, another large traditional Japanese finance firm.

Outside of Japan, one of Line's key markets is Taiwan. There it has an advantage over competitors because of its app's popularity with Taiwanese users. Believe it or not, the emoji stickers - particularly bears and rabbits - make all the difference. As a result, Line Pay is the most used mobile payment system in Taiwan, boasting more than 900,000 users with a registered electronic payment account. Line Pay has 22.3% of Taiwan's mobile payment app market, ahead of Apple Pay (19.9%) and JKoPay (19.7%), according to the semi-governmental Market Intelligence & Consulting Institute (MIC).

In Thailand and Indonesia - its main Southeast Asian markets - Line faces its strongest competitors. Both Tencent and Alibaba are investing big in those countries' fintech segments. Other strong contenders include Go-Pay and Grab Pay, the respective fintech arms of the Indonesian unicorn Go-Jek and Singaporean unicorn Grab. Line's brand cachet in Thailand - it’s the stickers again - could give the Japanese firm an edge there. Indonesia, with its slow internet connectivity and regulatory bottlenecks, could prove more challenging.

More in this category: « Thailand embraces fintech with payments preeminent Are Chinese tourists speeding Japan's adoption of cashless payments? »
back to top