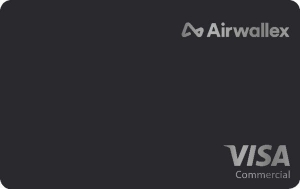 Airwallex is among a handful of fintech unicorns that have closed huge funding rounds in the middle of the coronavirus pandemic. In April, Airwallex raised US$160 million from investors as its valuation climbed to US$1.8 billion. Airwallex was established in Australia in 2015 and while now headquartered in Hong Kong, is still considered an Australian fintech. The company has sought to capitalize on demand for cheaper cross-border payments services among SMEs in its home market, where the major banks are notorious for charging high foreign-exchange fees. Airwallex says that its machine-learning technology enables fast, inexpensive and transparent global payments.

The World Bank estimates that sending money overseas from Australia is roughly 11% costlier than the G20 average, 13% more than the UK and nearly 40% higher than the US. Annually, Australians buy more than AU$40 billion in foreign exchange while $21 billion in personal money transfers are sent out of the country, according to The Australian Financial Review.

Australian regulators estimate customers could have saved $150 million in fees in 2018 if they had used less costly services than those provided by the four largest banks: National Australia Bank (NAB) Commonwealth Bank (CommBank), Australia and New Zealand Banking Group (ANZ) and Westpac (WBC).

In Sept. 2019, the Australian Competition and Consumer Commission (ACCC) said that banks were not being forthright about FX fees associated with cross-border payments services. Some supposedly no-fee services are misleading because suppliers may mark up retail exchange rates as another way to generate revenue, the ACCC said.

A key part of Airwallex's business comes from China, where cross-border payments are growing expeditiously. China's cross-border payments rose 30.6% in 2019 to RMB 34 trillion (US$4.8 trillion), according to the People's Bank of China. Some of China's largest internet companies, such as Tencent's WeChat and e-commerce giant JD.com, use Airwallex to receive payments from overseas in renminbi. The company's clients also use its platform to open foreign currency accounts in Australia, the U.S. and Europe.

The existing global payments system "is inefficient and fragmentary,” Lucy Liu, Airwallex’s Shanghai-based co-founder, told The Financial Times in a recent interview. “And while we want to build our own payments platform, both for settlement and payment, we want to work with banks and other financial institutions.”

Instead of using SWIFT, the world's dominant global payments network, Airwallex built an alternative one with 50 partners, among them DBS Bank, Standard Chartered and the Industrial and Commercial Bank of China. Airwallex's investors include financial-services incumbents like Mastercard, ANZ and Indonesia's Bank Central Asia as well as Tencent, Sequoia Capital, Hillhouse Capital and DST.

Looking ahead, one of Airwallex's primary challenges will be a familiar one for ascendant fintechs: achieving profitability while keeping fees low. It is possible, but rare. London-based TransferWise is one of the few money-transfer services that's been able to pull it off so far.

Airwallex reported a 500% revenue increase in 2019, but was not profitable. Amid a a global recession, the company will not easily duplicate that feat this year. As of April, the company's revenue and processing volume had fallen 15-20% compared to before the pandemic, CEO Jack Zhang told AFR.

An equally serious challenge will come from regulators now that Germany's erstwhile fintech sensation Wirecard has been revealed as a sham. The payments processor engaged in elaborate creative accounting that likely fabricated more than US$2 billion in sales.

We expect that Wirecard's implosion will cause financial regulators to more closely scrutinize fintechs, especially payment firms competing directly with banks. Doubling down on a growth-first approach could become riskier. High-profile fintechs with global aspirations - such as Airwallex in its challenge to SWIFT - will need to devote more time to compliance and could come under pressure from investors to focus more on profitability.

More in this category: « Japan sees catalyst to go cashless Covid could fast-track cashless adoption in the Philippines »
back to top