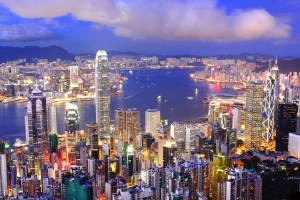 Integral to Asia-Pacific’s payments story are new real-time payment rails. Innovators in this fast-growing segment are not only fintech upstarts but also central banks keen to build faster, cheaper, more transparent, and more efficient conduits for financial flows in the region.

However, fragmentation has grown in tandem with the digital payments boom, characterized by disparate messaging standards, settlement times and operating hours. In Asia Pacific, user preferences for payment methods vary greatly by country. In China, the e-wallets Alipay and WeChat Pay are dominant. Together, they have around a 90% market share. In Singapore, credit cards are popular, though the national real-time payments platform PayNow is gaining traction. In Australia and New Zealand, credit and debit cards together account for almost 40% of online payments.

Given the wide disparity in preferred payment methods in Asia Pacific, ensuring interoperability for cross-border payments is a priority. But it is usually easier said than done.

There are several reasons why payment systems may not be interoperable. Systems may use different technical standards, communication protocols, and supporting information technology infrastructure. Secondly, payment systems often speak different languages and sometimes important information can be lost in translation, causing data to be lost or corrupted. Thirdly, differences in business rules, such as who can access the payments platform and how obligations are settled, can compromise interoperability.

The advent of ISO 20022 will help alleviate some cross-border payment bottlenecks thanks to its adoption of a common language for payments worldwide. As an open global financial information standard, ISO 20022 provides consistent, rich and structured data for financial business transactions. As such, it enables interoperability between financial institutions, market infrastructures and banks’ customers.

Despite the benefits it will bring, ISO 2022 is not a silver bullet for cross-border payment fragmentation. While it marks an important step forward for the standards aspect of interoperability, it does not directly address regulatory barriers.

“If you think about what puts brakes on a transaction, better than anything else, it’s a change of regulatory structure as you cross borders,” Charlotte Hogg, CEO of Visa Europe, said at Sibos 2021.

Regulators in Asia have taken the lead in certain respects when it comes to addressing fragmentation in cross-border payments. Led by central banks, in Southeast Asia a nascent QR-code-based real-time payments ecosystem has taken shape, though for now bilateral agreements remain dominant.

The May 2021 linkage of Singapore and Thailand’s respective QR code-based real-time retail payment systems, PayNow and PromptPay, was the first of its kind globally. It is notable for making possible real-time money transfers of up to US$1,000 with just a mobile number for customers of participating banks. A month later, Thailand and Malaysia completed the first phase of the connection of their respective PromptPay and DuitNow systems. Singapore’s PayNow and DuitNow will be linked in phases from the fourth quarter of 2022. Further, Singapore plans to link PayNow to Indonesia’s forthcoming QR code-based real-time payments system.

The next step will be achieving greater regional connectivity. The Indonesian, Malaysian, Philippine and Singaporean central banks announced in July they are preparing to sign a general agreement on payment connectivity later this year during a meeting of G20 finance ministers and central bank governors in Bali.

Meanwhile, the Philippines-based interbank network BancNet has expressed its intent to create a trilateral linkage for cross-border payments among the Philippines, Malaysia and Singapore. Transactions processed by BancNet rose by 22% to 1.07 billion last year from 880.12 million in 2020 driven by increased demand for digital payments.

For its part, China’s Ant Group has developed the QR-code-based Alipay+ in a bid to capture cross-border payments business while reducing fragmentation. Alipay+ is a payments system that allows merchants to accept a wide variety of e-wallets for cross-border payments – its partners include prominent names like the Philippines’ GCash, Korea’s Kakao Pay and Malaysia’s Touch ‘n Go – without having to ensure operability with them on an individual basis.  As long as the wallet is a part of Alipay+’s network, a merchant using the solution can accept payments from that wallet. According to Ant,  there are over 1 billion Alipay+ partner payment app users in Asia.

For a region as diverse as Asia Pacific, building a single unifying real-time payments hub – the one piece that connects everything – will be challenging and perhaps elusive, but the drive to achieve greater interoperability will nonetheless accelerate given the benefits for businesses and consumers. There are many areas in which interoperability can be improved, whether between cards and account-to-account transfers, account-to-account transfers in different countries and even between fiat and digital currencies given the advent of CBDCs.

Ultimately, Asia-Pacific’s cross-border payments market will benefit greatly from services that act as bridges between different financial systems. When customers are freed up from having to build their own infrastructure or correspondent banking network, they can focus on growing their businesses and boosting financial inclusion.

Speaking at the Singapore Fintech Festival last year, Agustín Carstens, General Manager of the Bank of International Settlements (BIS), noted that getting interoperability right could augur well for the future development of the financial industry. “Interoperability could ensure that the new world of fintech innovation is open and competitive. It could become the cornerstone on which a new payment ecosystem develops,” he said.

More in this category: « Thunes steps up global expansion Towards a super correspondent banking network for PSPs »
back to top