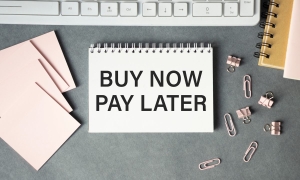 In the final week of December, the Financial Supervisory Commission (FSC) told a meeting of the Taiwanese legislature’s Finance Committee that it would unveil regulatory guidelines for BNPL services before the Lunar New Year holiday, saying that the policies would focus on risk management, the protection of consumer rights and measures to educate users on how to use the services prudently.

There are a few reasons why the FSC is turning its attention to BNPL firms. First, they are competing with incumbent banks. Even more so than operating in a regulatory gray area, this will get the regulator’s attention. It would not be surprising if incumbent banks had asked the FSC to take a closer look at BNPL firms.

Second, young people who are typically not eligible for credit cards can access BNPL services. They form a large portion of the 7 million to 8 million Taiwanese without credit cards. The FSC will recall that Taiwan experienced a credit-card debt crisis in the mid-2000s when banks had lax requirements for issuing cards to customers. In February 2006, Taiwan’s debt from credit cards and cash cards reached US$268 billion. More than half a million people were unable to repay their loans. They were known as “credit card slaves” in Taiwan’s media. Societal problems attributed to being unable to repay credit card debt at the time included increased suicide and homelessness.

Third, BNPL firms appear to be exploiting a regulatory loophole. History has shown that the Taiwanese government, while slow to respond, usually will not tolerate such behavior by technology companies indefinitely.

The Singaporean firm ceased providing services in Taiwan in mid-December, without providing an explanation for the move. One possibility is that amid the tougher market environment for tech companies, Atome needs to pare down unprofitable and/or extraneous operations to ensure it does not run out of cash. Another possibility is that Atome learned some details of Taiwan’s forthcoming BNPL regulations and decided the regulations would make operating in Taiwan too troublesome. Or it could be a bit of both.

Atome last announced new funding in October 2021, when it established a 10-year strategic partnership with Standard Chartered Bank and received US$500 million from the UK-based lender.

More in this category: « Is the global tech slowdown affecting Stripe’s APAC expansion plan? Will Japan achieve its ‘cashless vision’ target? »
back to top