BNPL is ascendant in India 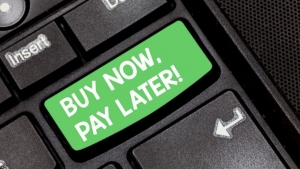 It was only a matter of time before buy, now pay later (BNPL) caught fire in India. All of the necessary elements are in place, from high internet connectivity and low credit card penetration to booming fintech investment and strong demand for alternative digital-first credit. A flurry of deals in recent months signify BNPL’s ascendancy on the subcontinent.

Of the deals, two stand out as being particularly significant. The first is Amazon-backed Capital Float raising US$50 million, announced on September 28. Capital Float offers its BNPL service on many popular online platforms in India through partnerships with the companies that operate the platforms. On the consumer side that includes Amazon India, online learning service Unacademy, airline Spicejet, lifestyle and electronics brand Boat, travel booking firm MakeMyTrip and Walnut Finance. On the B2B side Capital Float’s the unicorn Razorpay works with Capital Float, helping it to reach small and medium-sized enterprises.

Capital Float says that it has 2.5 million customers who make more than 2 million purchases a month and use the service to finance US$271 million in spending. About half of the company’s customers do not have credit cards.

What may give Capital Float an edge over its competitors in the future is the fact that it is already a fully regulated entity. Per regulatory requirements, the company reports user transactions to credit bureaus, which it says helps its customers build credit scores. That practice may insulate Capital Float to some degree from the inevitable regulatory tightening that will occur in India’s BNPL sector. Once the sector grows large enough, Indian regulators are bound to take a strong interest in firms that are acting like credit cards but not bound by the same constraints. We have already seen it happen in Australia, the UK and elsewhere.

Another key recent India BNPL deal is the US$50 million investment by Australia’s Zip in Bangalore-based ZestMoney. The deal is significant because it represents Zip’s first foray into the subcontinent – and a widening international expansion plan – as well as a vote of confidence in ZestMoney, whose other investors include ZestMoney include Goldman Sachs, Quona Capital, PayU and Xiaomi. To date, ZestMoney has raised US$110 million.

ZestMoney says that it has more than 11 million users and is present in 75,000 physical stores and on 10,000 online sites. It primarily offers its BNPL services through large merchants such as Amazon, Flipkart, Google Pay, Apple and Xiaomi.

In a statement ZestMoney co-founder Lizzie Chapman struck a bullish note on BNPL’s prospects in India, noting that the company had seen BNPL application son its platform increase fivefold over the past year. ZestMoney expects that “India will leapfrog traditional products like credit cards, along with many other emerging markets, going straight to digital payment solutions,” she said, adding: “We strongly believe India will emerge as the largest BNPL market in the world over the next five years.”

More in this category: « Kakao Pay IPO hits regulatory snag Thailand’s fintech sector begins to come into its own »
back to top